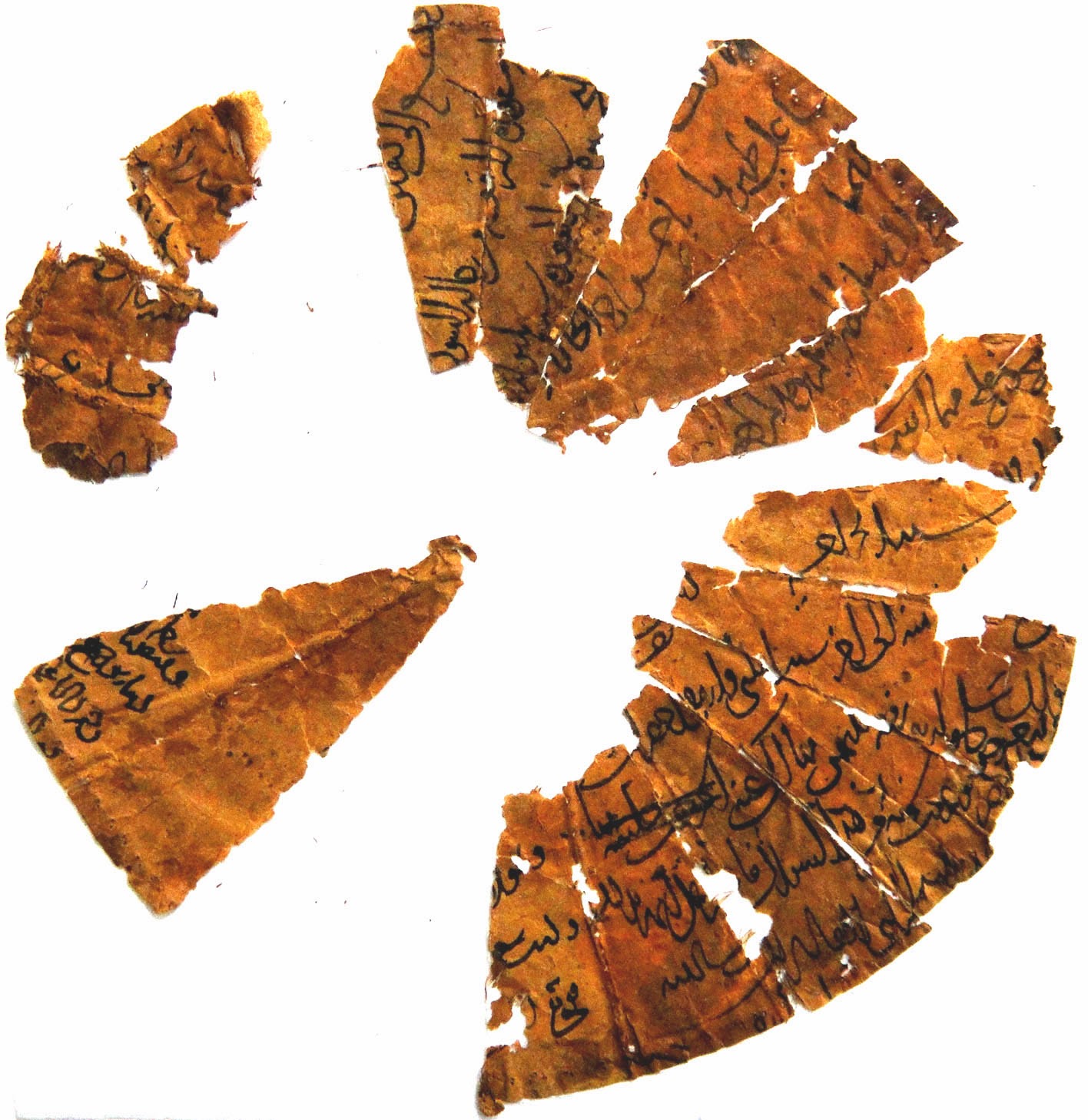 I purchased this papyrus manuscript from an auction in 2013.It is written in Arabic on paper but the backing is from papyrus.
I couldn't decipher the meaning but I knew for sure it was written in Arabic. This manuscript could be a sort of prayer or amulet because it has a symmetrical shape which if folded resembles an umbrella. However I think this is Islamic manuscript because there is a lot of words of Allah, Hussein and Ali which are Shiite in nature. This could be written during the time of Fatimid Shiite Empire ( 909 -1171 CE ) in Egypt.
Comparing this Arabic script from a dated papyrus document from manuscriptevidence.org of 357AH ( 967 CE), they have strikingly similar script. Hence it is safe to estimate this manuscript from 10th Century CE.
I need to do more research on this manuscript and will update this entry later. If you have any info on this manuscript, feel free to share with us.