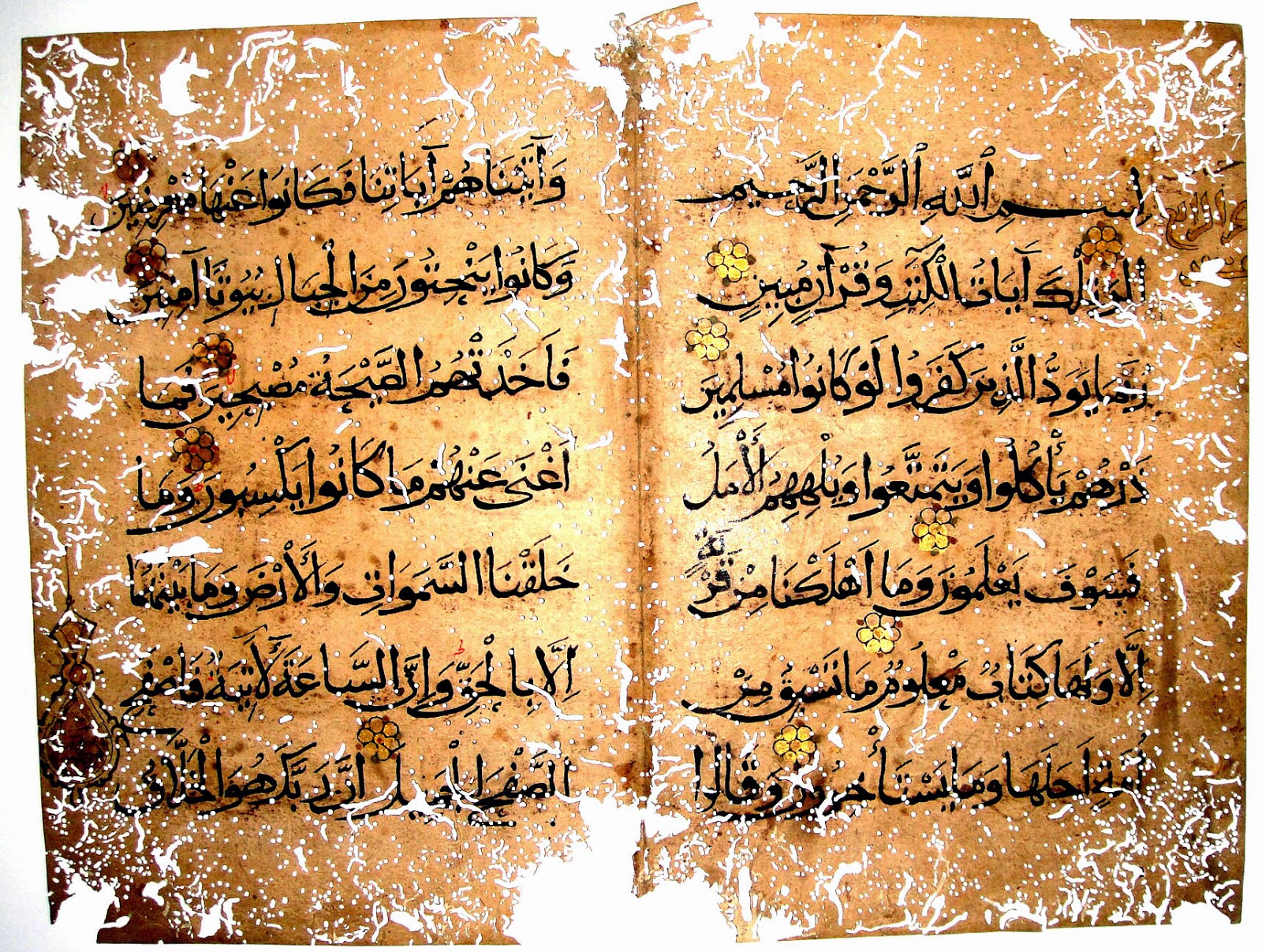 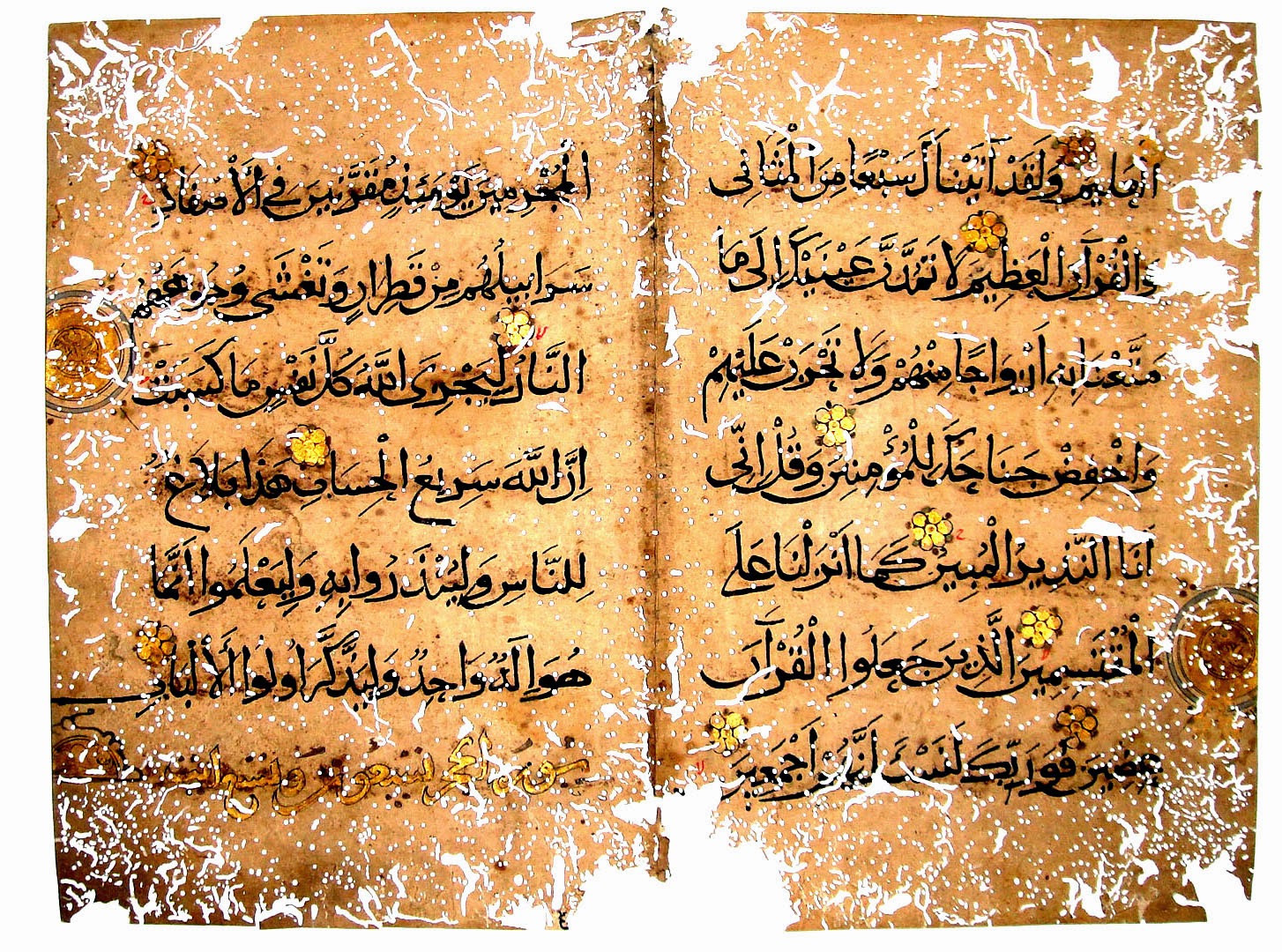 This is one my rarest findings - Seljuq Quran manuscript!! Though it is just a bifolio, it costed me a fortune. The edge of the bifolio was severely damaged by book worms. The Quran was written in Muhaqqaq script in black ink with title in gold. The verse marker was also gilded with gold in floral motif. In the margin on both sides, there are a few gold ornamented medallions.
Seljuk empire was founded by Seljuq Bey in 1037CE stretching from Aral sea region to Iran & Anatolia. It reigned from 1037CE till 1194CE.
During the era, the link between Turk & Persian culture & tradition was fused.