This is another gold coin from Sultan Alaudin Riayat Shah era. He was the son of the last Malacca Sultan, Sultan Mahmud Shah who fled from Malacca after the invasion of Portugese. He became the first ruler of Johor Empire in 1527CE.he set up his capital at Johor Lama situated on the Johor river. He promoted foreign trade and was able to attract a fair amount of commerce. However Johor was captured by Acheh in 1564CE and became its vassal state until the collapse of the Acheh Empire in 1641CE. 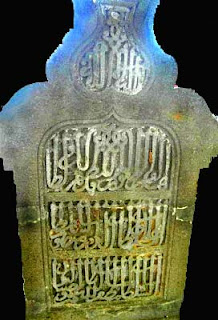 As for this coin, there are some errors in the words used.
Notice the Sultan is written ثلطان  instead of سلطان
The word choice mu'min for singular is used instead of mu'minin for plural
My other coin is in below link
Sultan Alauddin I
Sultan Alauddin I