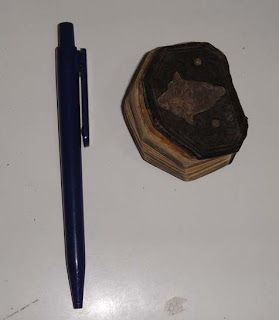 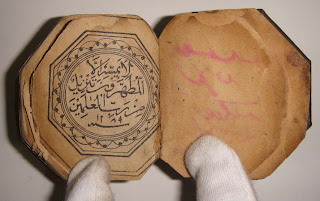 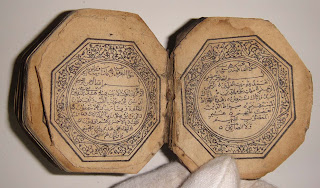 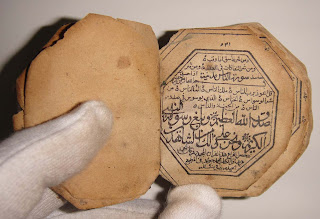 This is a rare lithographed octagonal miniature Quran from India with 631 pages. Originally I posted this entry as an Ottoman Sancak as it was purchased from Turkey and the seller claimed it was Ottoman's product.

However after an inquiry from one of visitors here in regards to the origin of this Quran, I have done more research on this interesting Quran. He has a similar Quran in this website Omanisilver.com Mini Quran
On the colophone page of my Quran here, it was written

I was not aware of who was this copyist Muhammad Jawad and where was this Printing House identified as Hyderiah.
In the OmaniSilver website, similar Quran was commented by expert from Yale University believing it was a product of Iraq or India.

From a book " Al Quran The Sacred Art of Revelation" published by The Islamic Arts Museum Malaysia, it has a similar Quran with the same copyist but in a longer name and printed  in 1293 AH publication. See below the snapshot of this book.
The full name of the copyist given as Muhammad Jawad Ibn Mulla Muhammad Musa Kashmiri which I believe the same copyist of the Quran in this entry. The title Kashmiri indicated the copyist originally from Kashmir. The printer house was mentioned as Hyderiah however The IAMM identified it Hyderabad. 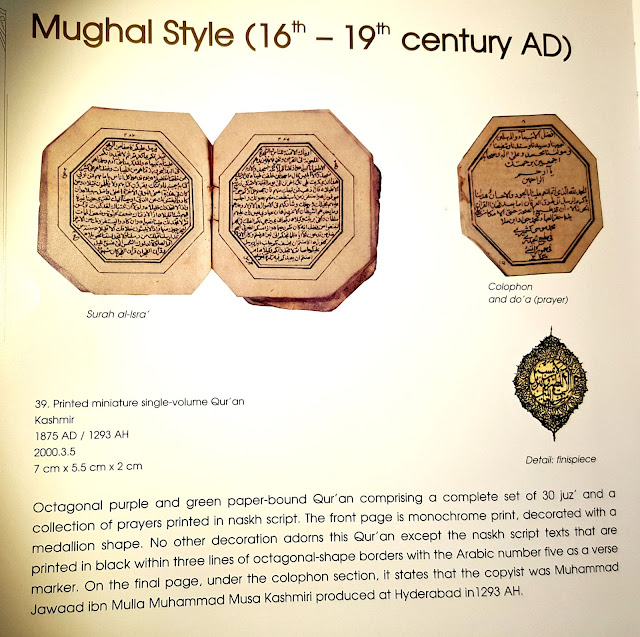