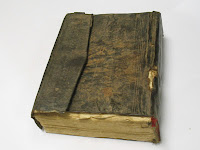 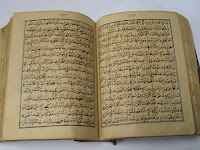 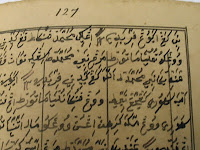 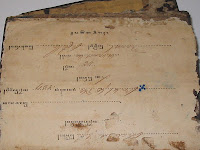 This is a handwritten manuscript originated from Indonesia. No title on this manuscript however I believe it's about the life & prophethood of Prophet Muhammad ( SAW) and written in Javanese language. First few pages were damaged due to termites. The cover is of black leather embossed in a floral design with a flap. The writing material used is Western paper. No colophone however there are a written note indicating the owner was Haji Muhammad Amin Bin Haji Abdullah dated 1331 AH ( 1912 AD). The manuscript could have been written either late 18th century or slightly after 19th century. There was also a sheet of paper pasted at the back cover written in Javanese with date 1907 AD I presumed a receipt  of this manuscript purchase.No copyist name mentioned.