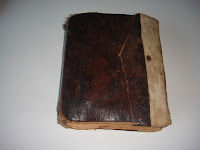 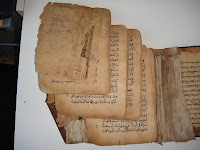 This is the first dated Etiopia Quran I ever acquired. It came from the city of Harrar. This complete Quran was copied by Sadik Bin Haj Ahmadi Bin Muhammad Al Amin Bin Ahmad Malik Bin Sulaiman in the month of Rajab 1240 AH ( 1825 CE) 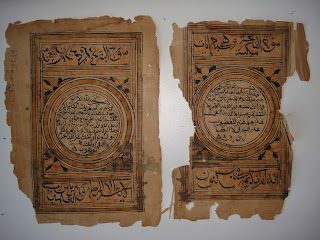 The first 2 pages were decorated with typical Etiopia motive with water color. 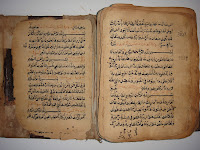 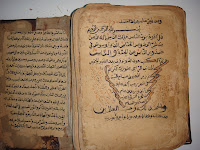 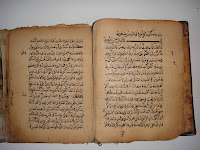 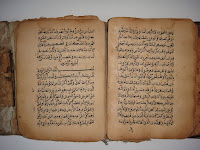 This is a very rare acquisition because we dont see many Etiopian Quran in the market or in international hands.
A partial Quran was sold at Christie's for more than USD5000 ( sale 5526, Lot 367)
Etiopia Quran at Christie's
I am blessed to have acquired this beautiful manuscript.
Look my other Etiopian Qurans as below links: