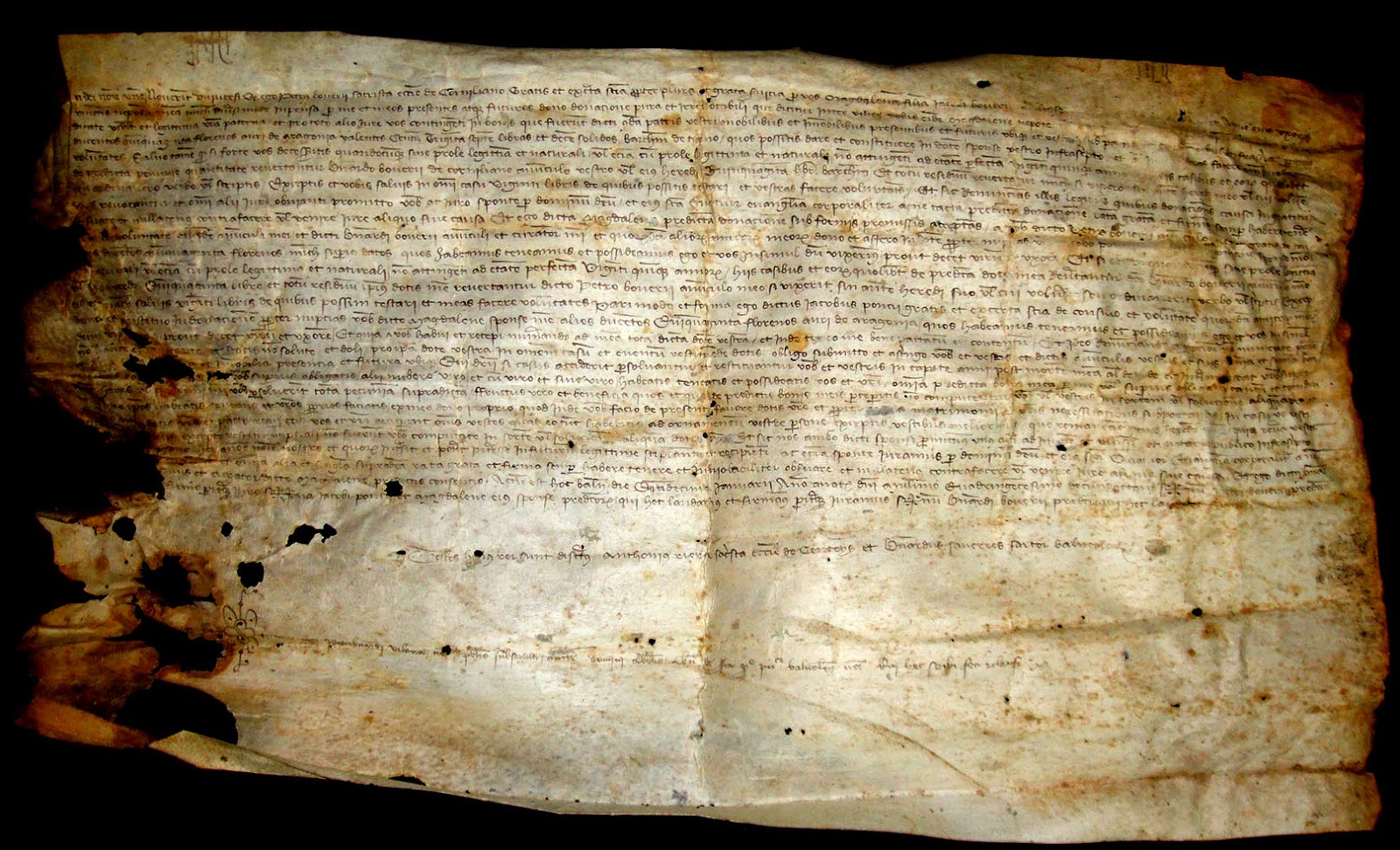 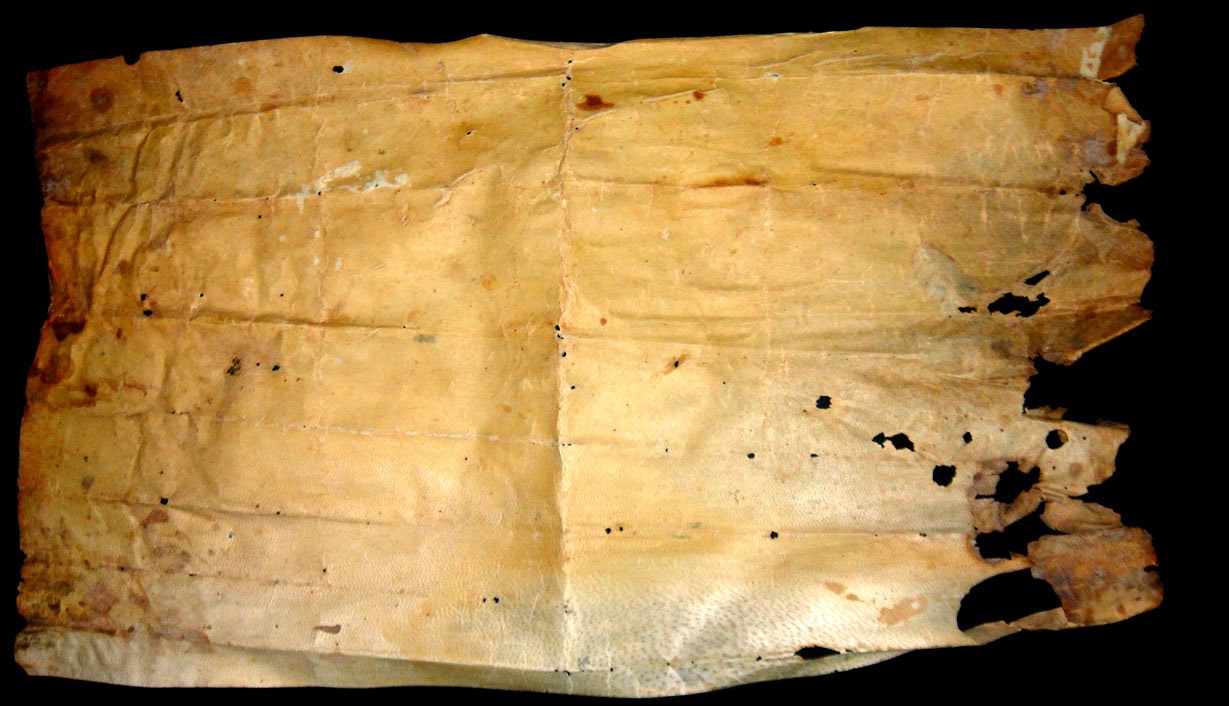 This is an interesting parchment written in old Latin purchased in 2013. Even though I am more interested in Arabic & Islamic Manuscripts, I acquired this manuscript to compare the western writing tradition with the Islamic writing tradition. The material used in this manuscript is from sheep leather written only on one side. There is a date 1418 CE written in the middle of the parchment ( line 26).
The capture of Granada & the defeat or Moors happened in 1492 CE. Hence this manuscript was written while the Andalusia Kingdom was still ruling Iberia.
This manuscript is about the distribution and the division of the estate belonged to Pere Bover to his legal heirs.
I am grateful to Prof Gerard Mari i Brull and Albert Bosch i Boixereu from Barcelona University who had made the translation possible. Below are the excerpts of this manuscript :


"Pere Bover, sacristan of the church of Cornellà, bestows on his own niece Magdalena, daughter of James Bover, deceased, and of Anna, his wife, 250 gold florins (with a value of 137 pounds and 10 -Barcelona- silver coins) in order to provide the dowry for her marriage. They belong to her as legitimate paternal inheritance of her father's property.


In the event of (line 5) dying without any legitimate and natural children, or with natural and legitimate children who have not yet reached the age of 25, then 50 pounds of this money must be bestowed to Bernard Bover of Cornellà, paternal uncle of aforementioned Magdalena, or to his heir, and the rest must return to the aforementioned Pere Bover, sacristan, if he is still alive, or to his heir or to whoever he wants. Except for 20 pounds, which Magdalena can freely vouch.
Aforementioned Magdalena (line 9), accepting this gift from her uncle Pere Bover, with the consent of Peter Bover, uncle, and of Bernat Bover, uncle and guardian, gives as a dowry the mentioned 250 gold florins to her husband Jaume Ponç, from Borgonyà?, under these conditions.
Jaume Pons (line 14) gives onto Magdalena, as a gift for weddings, another 250 florins of gold. In case of restitution of dowry, he commits for all his assets and he determines that it has to be paid by the end of the year after his death. He also determines that she be the owner of the assets which he has committed, whether she remarries or not, until the heir returns the entire dowry. He also determines that the benefits and income received while the dowry hasn’t been returned cannot be counted as part of the return of the dowry. He also states that she can keep her clothes, except for the best costumes, which must be held by the heir, since costumes were not included in the dowry (except for the wedding dress).
Bernat Bover, uncle and guardian of Magdalena gives his consent. (Line 25-26).
Sign of Pere Bover. Signs of Jaume Pons and his wife Magdalena. Sign of Bernat Bover.
Witnesses are the honoured Antoni Riera, sacristan of the church Centenys and Bernat Saverres, tailor of Banyoles.
Sign of Pere Bernat Vilana, substitute notary public of Bernat Serra, notary public Banyoles, deceased, by the authority of the Abbot (monastery of Banyoles)"