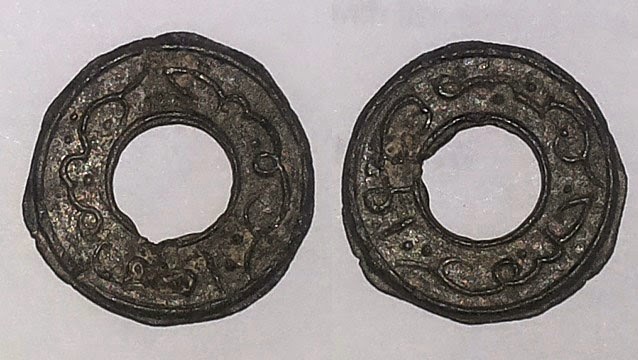 This is a tin coin from Kelantan Sultanate ( 1770-1882 CE).
Kelantan is a state of Malaysia located in the northeastern of Peninsular of Malaysia. The name of Kelantan originated from the Malay word Kilatan which means shiny/glittery. It is also known by its Arabic honorific, Darul Naim ( Abode of Blessed).

The Sultanate of Kelantan was founded since the 15th century by Sultan Iskandar Shah and later ruled by his son Sultan Mansur Shah till 1526 CE. The reign continues till today and the present Kelantan Sultan is Sultan Muhammad V