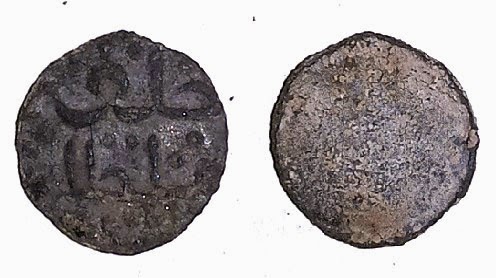 This is a tin coin from Johore Sultanate era. This type of coin is called cash or katun. It is undated but probably from the 18th Century based on the classification made by Major Fred Pridmore.In Saran Singh's this is classified as Group D-Octogonal-class IIX.
The coin in question here is more round or probably the octagonal edges all were worn out leaving it almost round shape. However I suspected this coin is round when it was made based on the dots which rim the coin in circle instead of in octagon