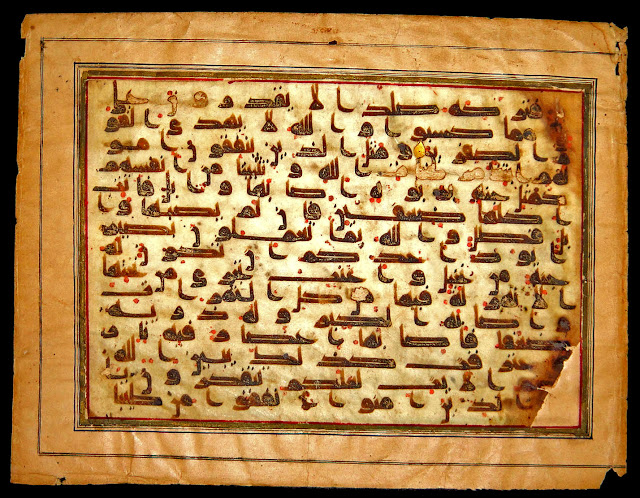 This is a single folio of Quran written in Kufic on vellum. I purchased this vellum from USA. This Kufic style is defined by Prof Deroche as B-II i.e " Early Abbasid Scripts". In reference to " Islamic Codicology", this script is datable to 9th Century CE. Refer to pg 151 of Alain George's book " The Rise of Islamic Calligraphy" for the explanation.
This leaf probably from Near East was trimmed and laid down on a later sheet of paper with gold and colored margin rules. The writing on one side is visible whereas the other side its almost wiped out probably due to the framing. 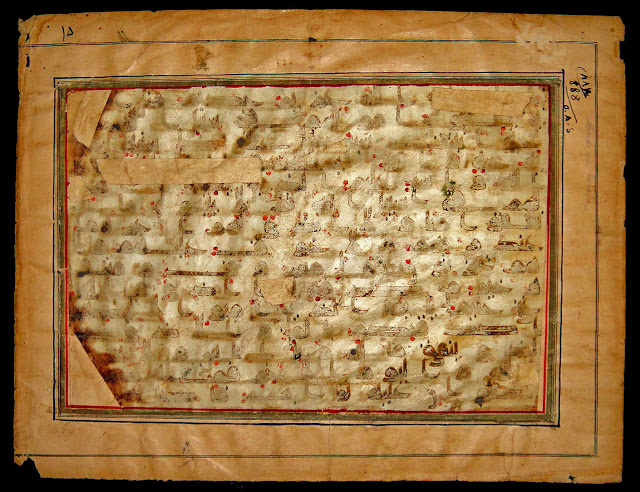