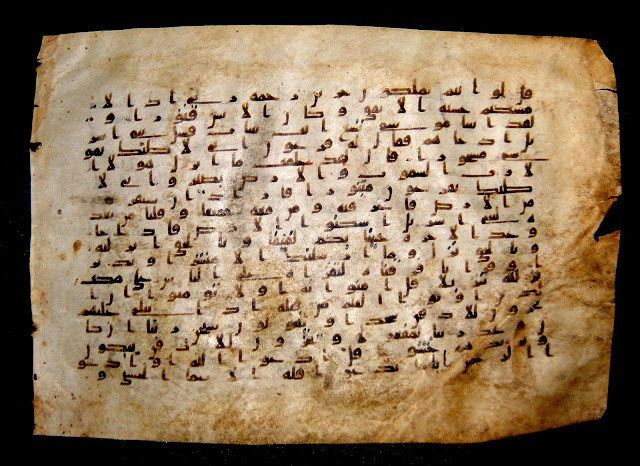 This is a single folio of Quran written in late Hijazi script on vellum. I purchased this vellum from a reputable auction house in USA. COA that comes with this vellum describing it as Arabic Hijazi Quran Vellum c. 8th-9th Century CE.
There was an auction from Sotheby's selling some follios with quite similar scripts which were described as late Hijazi script. The item as in below link :
Sotheyby's Late Hijazi Quran

However Prof Deroche described this script as B-II i.e " Early Abbasid Scripts". In reference to " Islamic Codicology", this script is datable to 9th Century CE.
Regardless various terminologies used by expert to describe this script, one thing for sure this script is a transition from the earliest Arabic script i.e Hijazi script to a more constructed Kufic script.
From Christie's website, similar leaves were sold on Sale 5331, Lot 136. I believe this leaf came from the same Mushaf. See the link :
Christie's Sale 5331, Lot 136 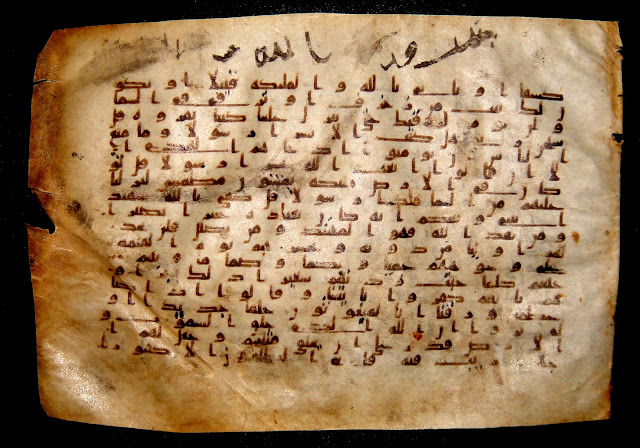