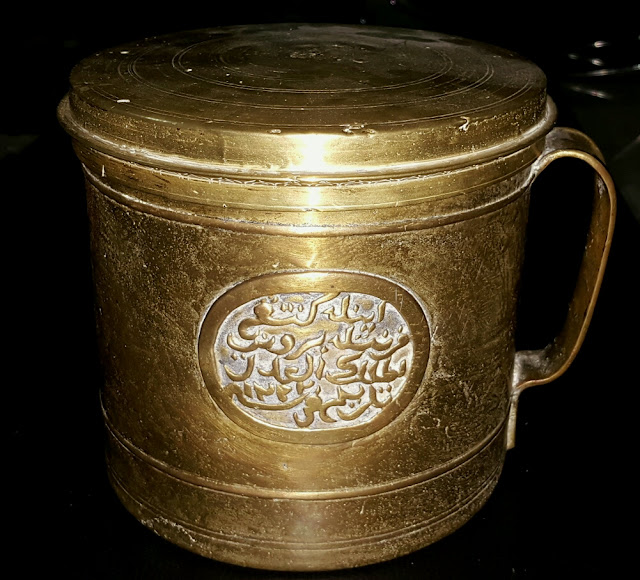 This is a large brass container used to measure rice. It is called Gantang in Malay language. It measures at 17cm x 18 cm with weight about 3.10kg.

This Gantang originated from the Sultanate of Brunei dated 1322 AH ( 1899 CE). There is an inscription written in Jawi in Malay language,
" Inilah gantang perintah Brunei Al Malik Al Adil tarikh fi sanah 1322" translated, " This is the gantang officially ordered by Brunei The Just Ruler in year 1322 AH) 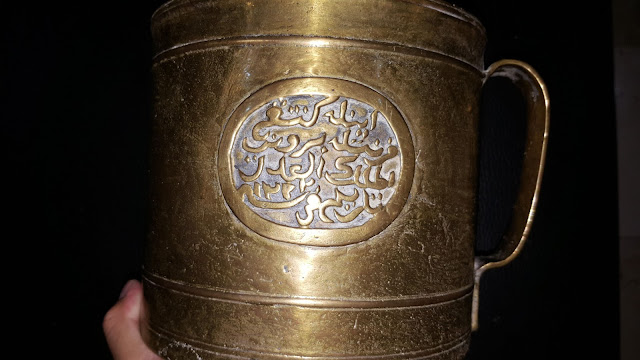 1 Gantang measured about 4.5 litres (dry).
Similar gantang was mentioned in the book " The message and the Monsoon : Islamic Art of Southeast Asia" on page 205. The Gantang was dated 1239 AH( 1823 CE). Other references about the gantang are in michaelbackmanltd.com  page under items 3281 & 1304.

The interesting about the Gantang in my possession is that is has a lid. Most of Gantangs depicted in reference books and some in museums are without the lid.