This is a gold coin from Sultan Ali Ibn Munawar Shah era. He was the grandson of Sultan Muhamad Shah of Johor. His original name is Raja Buyung. He reigned Aceh from 1586 - 1589 CE.

Looking at the Arabic calligraphy used, its quite tricky as the calligraphy is compressed to fit on the coin face. However it has the resemblance to Thuluth & Sini. Or probably this is how Malay calligraphy was derived.
Obverse : السلطان العادل
AsSultan Al Adil
Reverse : علي ابن منور شاه
Ali Ibnu Munawir Shah 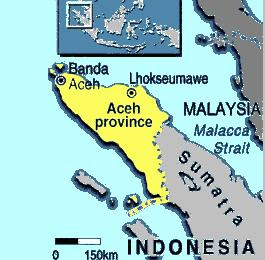