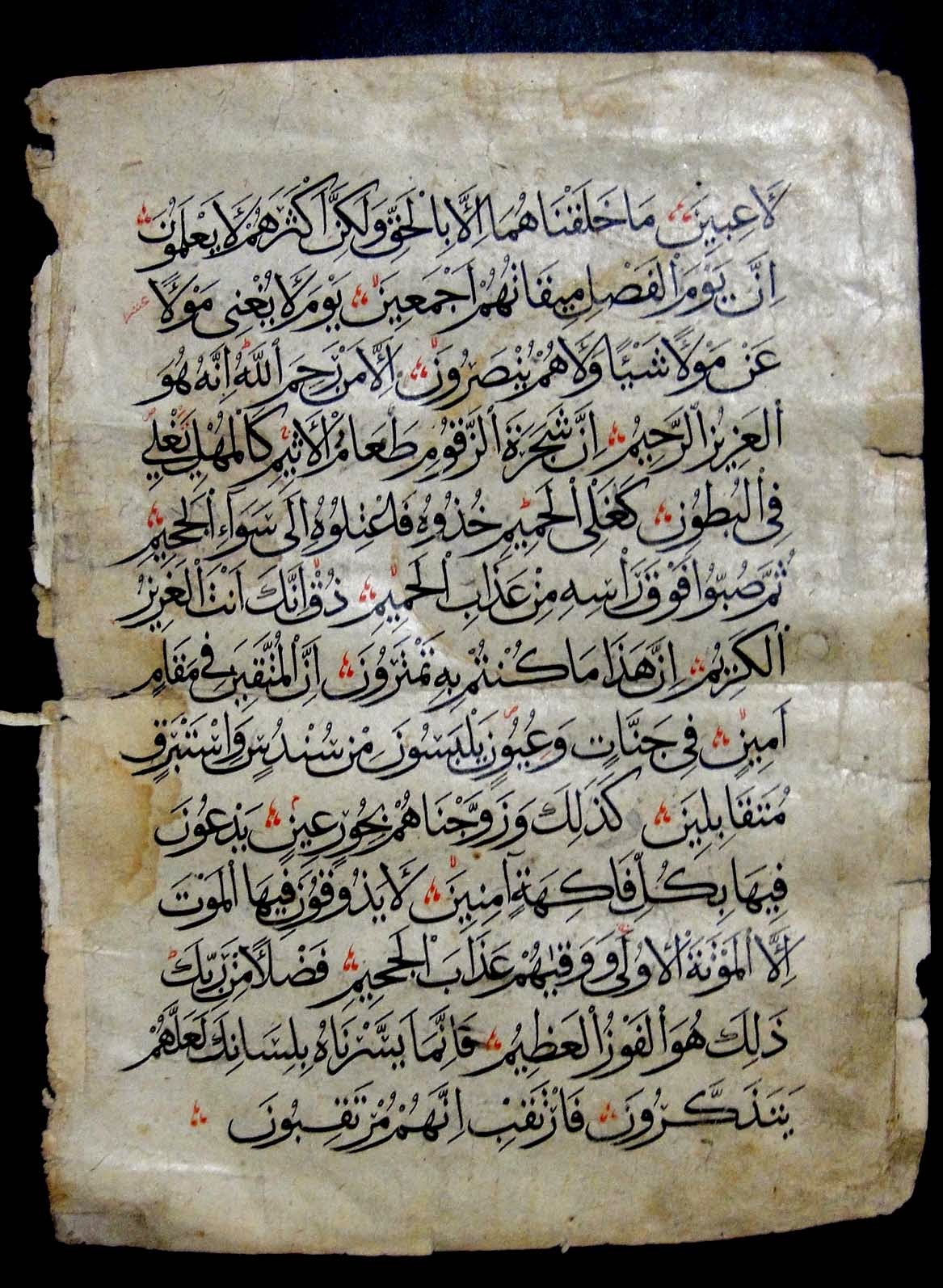 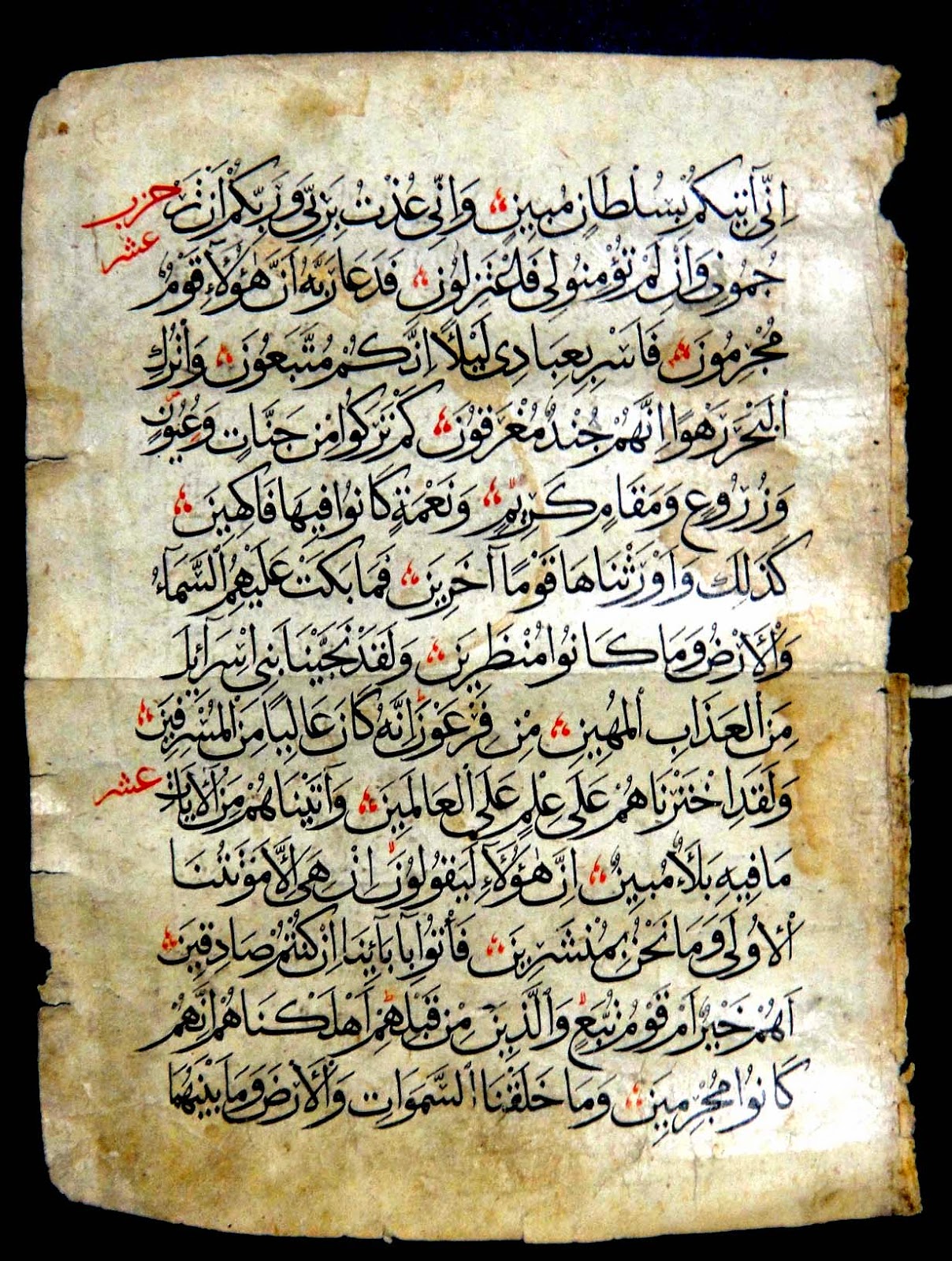 This is a Quran leaf which I acquired from Book Bazaar in Istanbul recently. It is written in Muhaqqaq script and the leaf is quite large, 13 x 10 inches.
It's a bit tricky to determine the age of this folio.
Muhaqqaq script first emerged in the 10th century. Though there are some evidences that muhaqqaq is used to write Quran during the time of IIkhanid Era ( 1256-1353 CE), it was popularized and widely written especially for the Al Quran during the time of Mamluk Sultanate ( 1250-1517 CE). After that it was displaced gradually by Thuluth & Naskh script especially during the Ottoman Sultanate.
Judging from the type of Muhaqqaq in this folio, this khat is typical Yaqut Al Mu'tasimi style. Yaqut died in 1298 CE. Hence we are sure that this folio must be not earlier than 13th Century.
This folio layout is pretty plain, without any decoration or gold gilded. The verse makers are also plain with just 3inverted  "comma" in red ink. Comparing with IIkhanid & Mamluk's typical lavish & richly illuminated Quran, this folio couldn't be from these sultanate periods. Hence this folio could not be earlier than 15th Century.
According to Adam Gacek ( Author of Arabic Manuscripts), the Muhaqqaq was almost discontinued in Ottoman Turkey after 16th Century in favor of Naskh script. In addition to that, from 17th century onward, it is not quite common to write such large Quran especially in Muhaqqaq script during the Ottoman era and most of the Quran was produced in medium size.
Based on these information, this folio ( of the Quran) must have been written during the transition time, i.e from 16th to 17th Century.