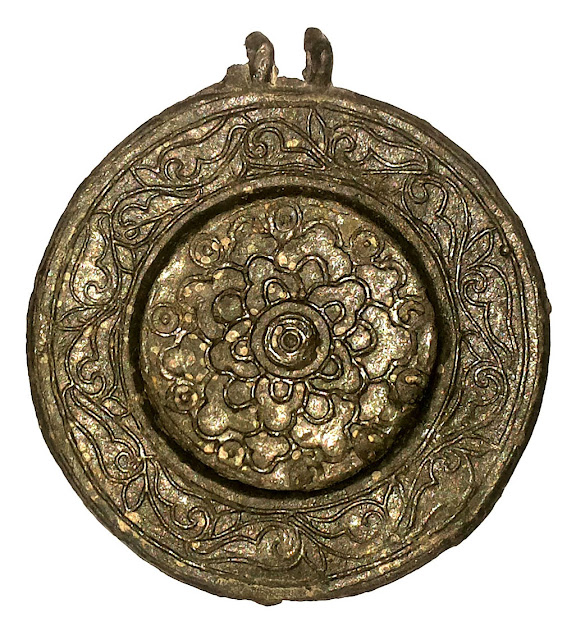 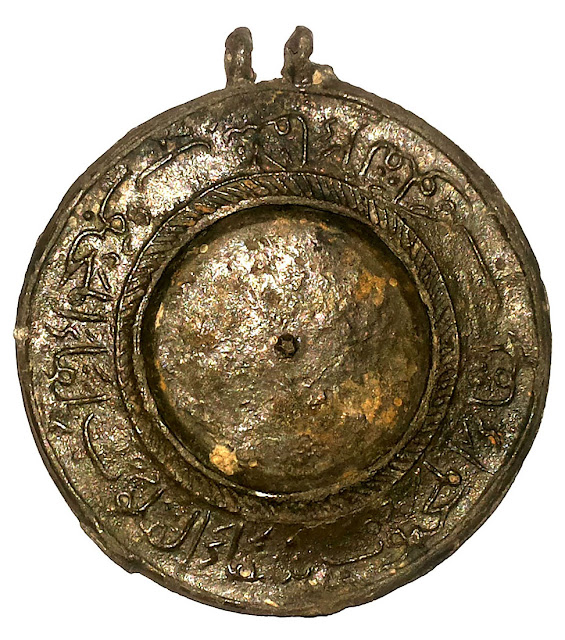 This is undated tin pendant inscribed in Arabic believed from Malay Archipelago. On one side, the pendant is fully decorated with floral motives. Whereas another side has an Arabic inscription on the rim which means "Healing the heart to meet the beloved"

This pendant might serve as a talismanic purpose. Found in sungai Musi Palembang. Palembang which was a trade centre from 17th Century.
Another opinion is that this medallion can be very Sufi in nature. The phrase itself is used widely by Sufi followers to express their love for GOD. Especially Palembang is a birth town of one of famous Malay scholars, Sheikh Abdus Samad Al Falembani which was born in 1704CE.

This medallion is undobtedly Malay in origin based on the "awan larat" motives on the rim as well as the flowery pattern in the middle.
The awan larat is depicted here ( presentsation from Fiona Audrey's). This design is used in almost Malay products such as Batik, metalware, wood, etc. 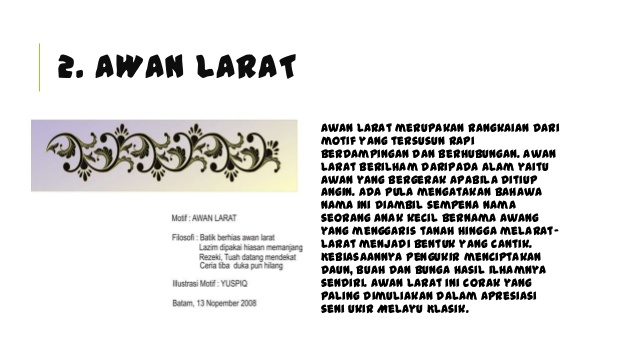 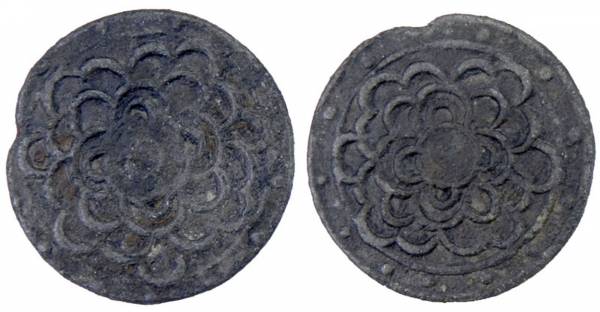 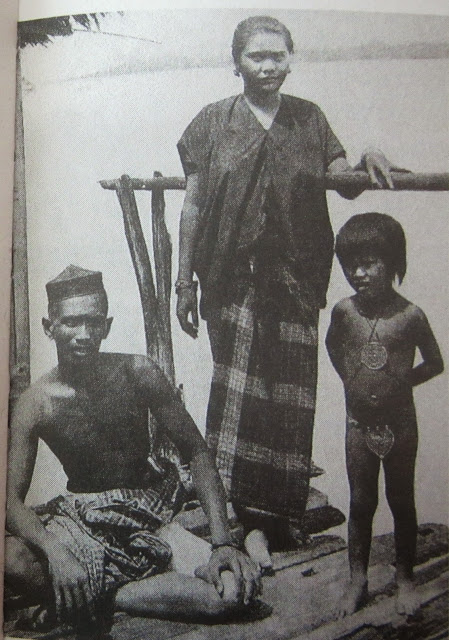 Compare a talismanic disc or Kawari used by Bugis people from Sulawesi. Below is the picture of a boy/girl wearing a caping ( modesty disc) around his/her waist and a kawari around the neck.