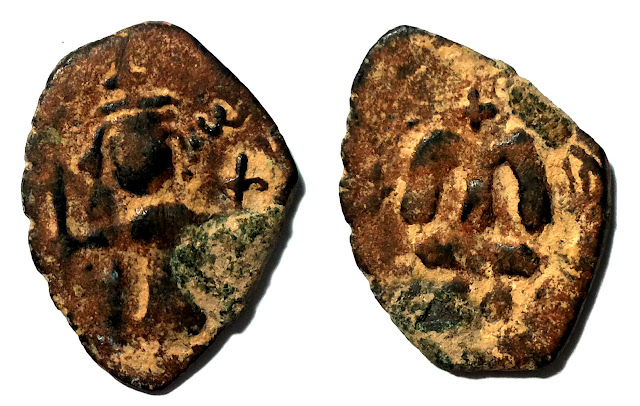 This is a bronze coin from Byzantine territory which has been used during the time of Islamic expansion of Ummayah from AH41-77 ( 661-697C.E). This is the follis of Byzantine Emperor Constans II with his image on the obverese standing and holding a staff with Chi-Ro  on top of his right hand and a globus crucigar in his left hand. There is a small scribble on the right which could be Ummayad countermark.
On the reverse side is a big letter M which indicate a denomination of 40 Nummis or follis. This type of follis was widely circulated prior to the the minting of Islamic coin.
This follis was minted most likely in Syria especially Homs.