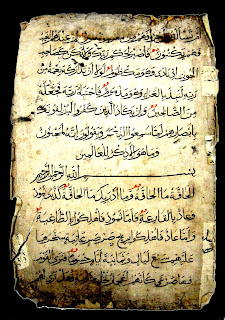 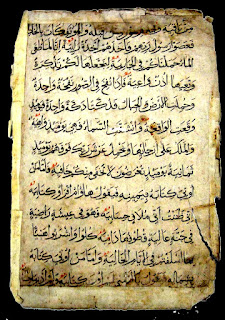 This is a leaf I bought from Istanbul bazaar. I purchased it due to its big size (43cm x 30cm) and the style of calligraphy i.e The Thuluth. We dont see many Quran written in this script and size except prior 18th century. This leaf I estimated written from 17th to 18th century CE. Look my other Quran leaf which was written in Muhaqqaq and notice the difference of calligraphy style.
Muhaqqaq Leaf