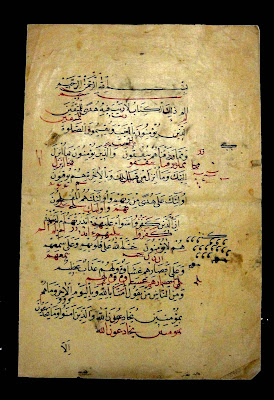 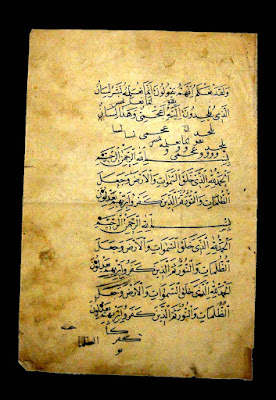 This is a practise sheet / karalama most likely in preparation to write a Quran. Undated but most likely from 19th century and written on western paper. It seemed that this was a guided practice. Original calligraphy was written in black in Thuluth script and an expert or a teacher corrected the calligraphy in red. Acquired from Istanbul.