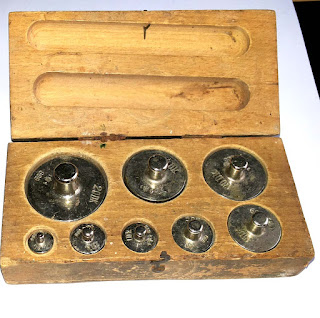 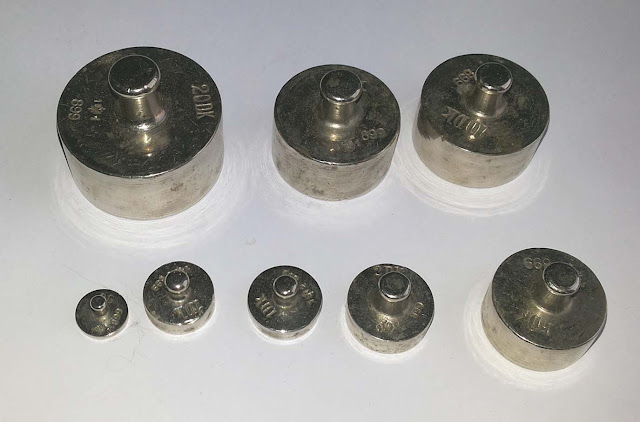 This is a complete set of weight set used normally in pharmacy. Purchased from a flea market Prague in 2015. Take note the unit measurement used "DK". Below an excerpt from Wiki on this unit

Deca- or deka-[1] (symbol da) is a unit prefix in the metric system, denoting a factor of ten. The term is derived from the Greek δέκα meaning "ten".
The prefix was a part of the original metric system in 1795. It is not in very common usage, although the decapascal is occasionally used by audiologists. The decanewton is also encountered occasionally, probably because it is an SI approximation of the kilogram-force. Its use is more common in Central Europe: in German, Polish (deka, deko), Czech, Slovak and Hungarian, deca is common (and used a word on its own always means decagram). A runway number typically indicates its heading in decadegrees.
Before the symbol was standardized as da with the introduction of the International System of Units in 1960, various other symbols were more common, such as "dk", "D", and "Da".

Posted by abu dervish at 4:04 PM No comments: