I dont celebrate Gregorian Year due to a personal reason. However since its a start of a working calendar and quite universal one, I dont mind making it as a point where we could look back what we did in the past and plan what can be improved down the road.
Last year 2012 was a hectic year juggling with works, family, incessant offers from antique dealers(:P), sports, personal study & uploading entry in this blog.
As of work, I am pretty much in the groove and will let it roll in its on course this year. I need to spend more time with my family especially in educating and upbringing. Unfortunately sorry to antique dealers, this year I have to force myself to say no to all your offers especially on items I have already had. Except if its a rare and sought after material for example old kufic folio or Andalusian Quran, then most probably I might be considering to buy it provided the price is right.
Since returned from Codicology course in Cambridge University last year, I hardly had time to apply what I learned. So starting this year, I will start updating and reviewing the codicology context of each and every manuscripts I have in this blog. So far I have uploaded a total of 100 type manuscripts. I will start with the 100th manucript and continue till the first entry. If you have already noticed, I have updated the codicology spec of the 100th manuscript. Similarly with ancients coins, I need to do more research and homework to provide sufficient background to justify why these coins are in this blog.
I have a lot more manuscripts, coins & artifacts to upload but I guess I should take it easy. The original intent of this blog is to catalog & to educate so there is no point uploading everything in a hurry forsaking the quality of the information provided.
I dont want to forecast but I am already gearing up for any possibility this year. Insyallah.
Posted by abu dervish at 11:07 PM No comments: 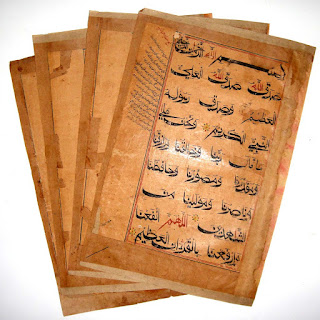 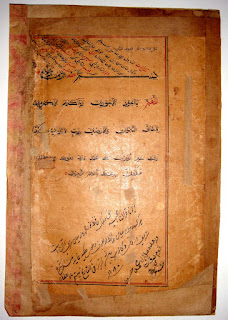 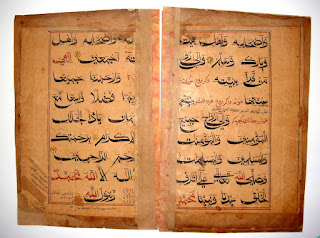 These are some fragments taken from a Bihari Quran. 4 folios written in now-extincted Bihari script of a Khatamul Quran prayer. 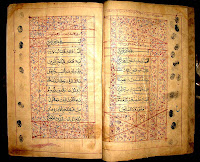 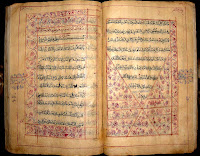 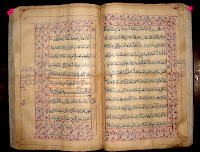 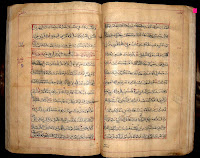 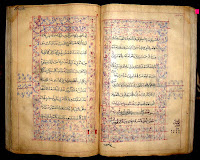 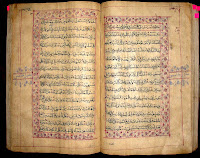 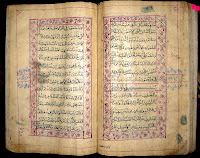 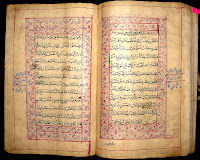 This is the biggest handwritten Quran in my collection. Its dimension is 40cm x 26cm x 5cm . Purchased from a friend in Pakistan in 2013. Yes this is my first collection this year. This Quran is undated but there are seal marks on the front pages bearing the date 1284 AH. Text written in Naskh script , 16 lines per page. The unique thing about this Quran is that it has 7 places / manzil with illuminations. 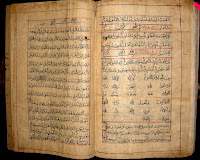 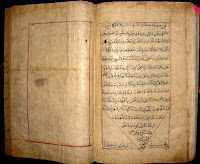 Book Review 11 : The Encyclopaedia of The Coins of Malaysia Singapore and Brunei 1400-1967 by Saran Singh 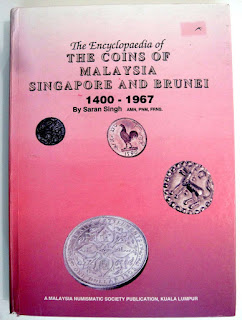 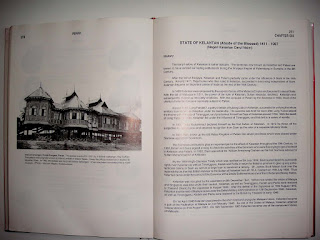 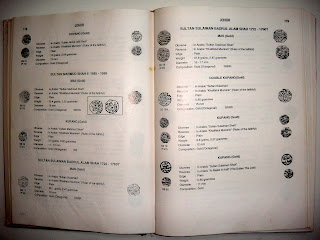 This is one of the best & complete references on Malaysia Singapore Brunei coin & history. This is the first book I will refer to whenever I want do research on Malay coins. Although it was first published in 1996 and some data might be out of date, in general its still the best reference book.
The title of this book is arranged by the states in Malaysia, then Singapore & Brunei. Under each title, Dr Saran arranged the coins chronologically with short history at the beginning.  Although the coins pictures are in black & white , they still give clear detail of the coin. Some coins are in sketches ( probably the drawback of this book) and certain information about the coins are outdated.
This book comes with a complete price list and it helps me a lot in buying coins. However some coins prices are not valid anymore and sellers tend to use this price list to mark up the price.
In general this book is always recommended to beginner & expert alike in learning history of Malaysian coin. I wish Dr Saran or Malaysia Numismatic Society will publish a revised book similar to this one with better photographs & updated information & price list.
See another book about Malaysian Numismatic :
Malaysian Numismatic Heritage Catalog
Posted by abu dervish at 11:44 AM No comments: 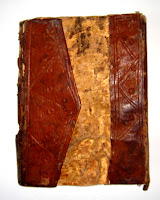 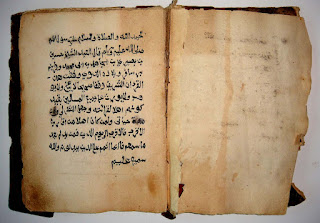 These are my another set of  manuscripts in juz form originated from Etiopia. Its believed to have been written in 18-19th century. This manuscript is written in Sudanese type calligraphy in black ink on western paper 11 lines to a page. I still need to do more research about this type of calligraphy. It looks in between Sudani & Somali calligraphy but definitely stemmed from Maghribi style. Brown leather binding with a flap. 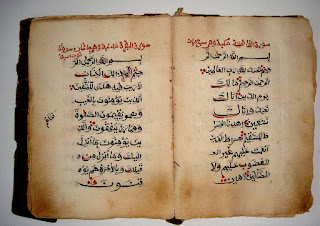 This set is quite plain compared to my other Etiopian Quran. There is no decoration or illumination on the opening surah. 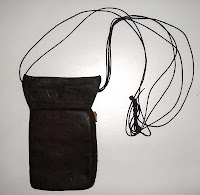 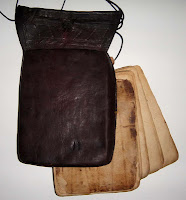 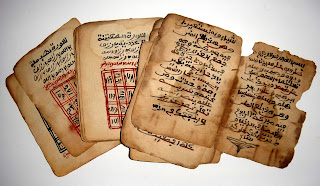 This is an amulet or gris-gris from Africa contains series of squares & numbers based on Quranic verses. This manuscript has each magical square representing each surah in the Quran ( total 114 Surah). I really dont know what is the purpose of this amulet and what can this amulet do. But from the Wiki, below is the excerpt : 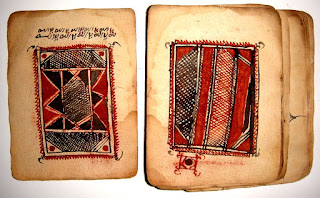 "A gris-gris is formed in a small, leather pouch which is usually etched with verses from the Qur'an. Inside the pouch are engravings specially tailored to the wearer. The pouch is then sprinkled with blessed water while an incantation is recited.The ceremony is traditionally conducted over an altar with a burning candle being present.The ingredients of the gris-gris number one, three, five, seven, nine or thirteen.Sometimes stones and other items with occult-meanings are added to the pouch. There will often be a doll symbolising the wearer also attached to the pouch."
Manuscript Specs 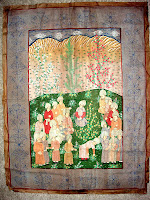 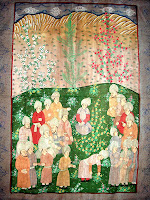 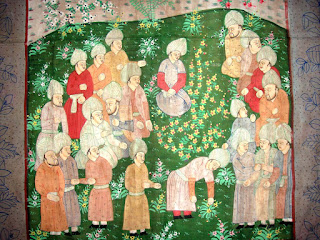 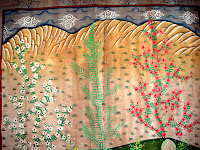 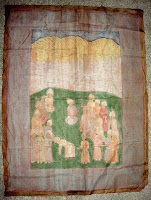 This is a large persian painting on silk. I was told it was painted sometimes in 1950s. In this painting there are 20 followers sitting around their Sheikh in a garden.
This silk measured at 107 cm x 83 cm. Blank on reverse.
Posted by abu dervish at 7:06 PM No comments: