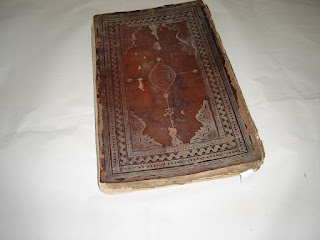 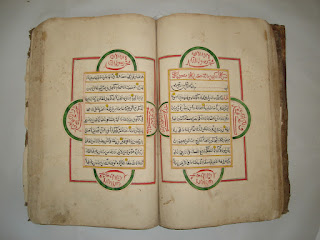 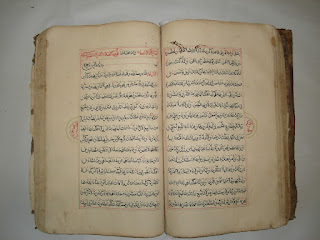 This is a beautifully written Quran manuscript originated from South East Asia. Its believed to have been written in 18-19th century. This manuscript is written in Malay calligraphy. I acquired this manuscript from a friend in Indonesia quite a while ago.
Manuscript Specs Item : Antique Malay Quran
Manuscript Content : Quran
Dim : 15" x 4" x 1"
Date : 18-19th century
Copyist : anonymous
Origin : South East Asia
Calligraphy : Malay ?
Design : Written in Malay scripts in red & black
Purchased Price :US
Posted by abu dervish at 1:39 AM