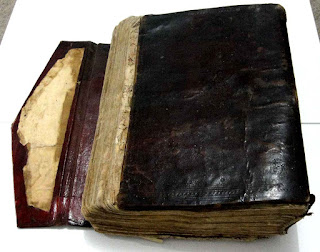 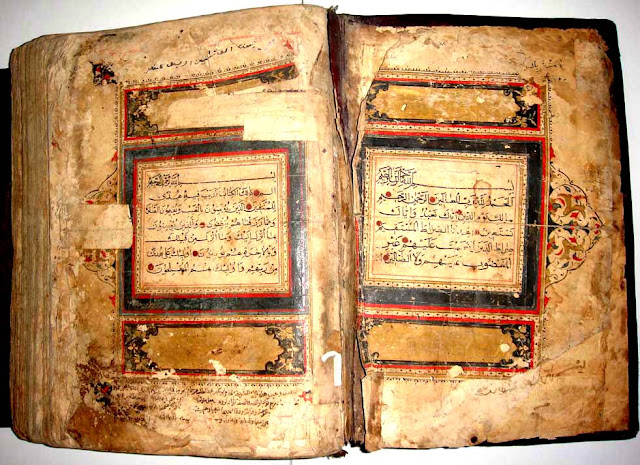 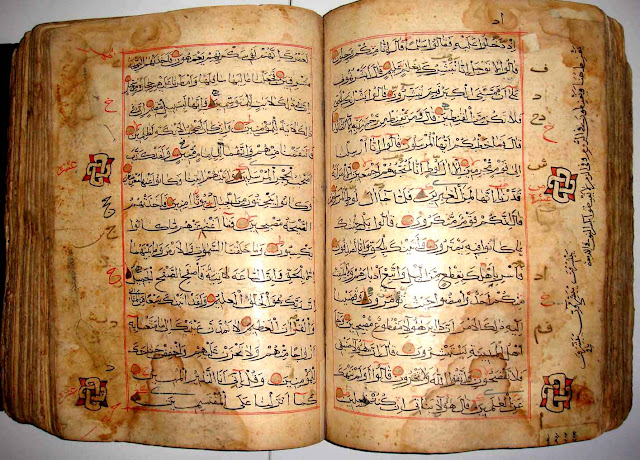 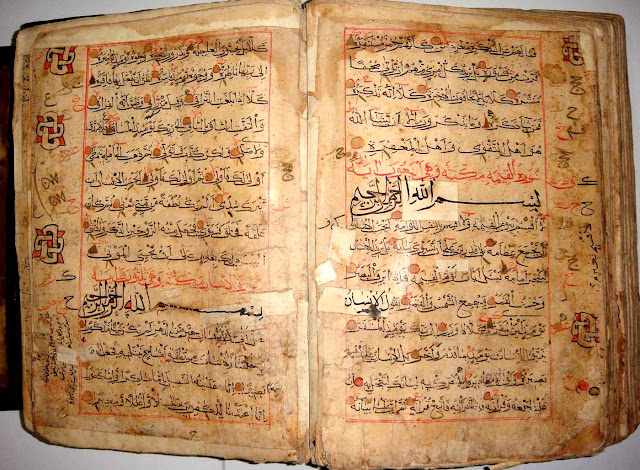 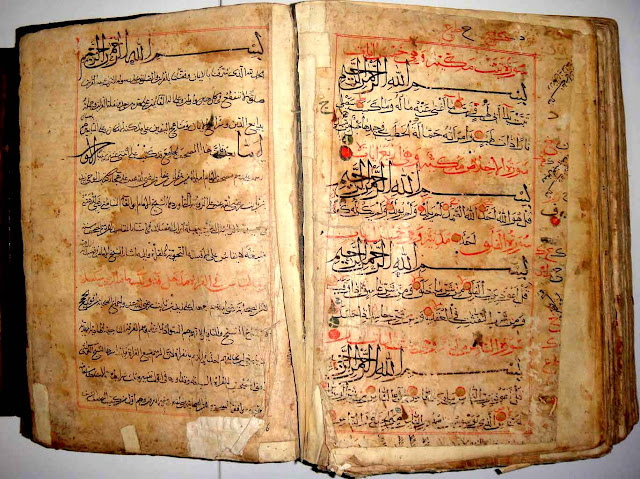 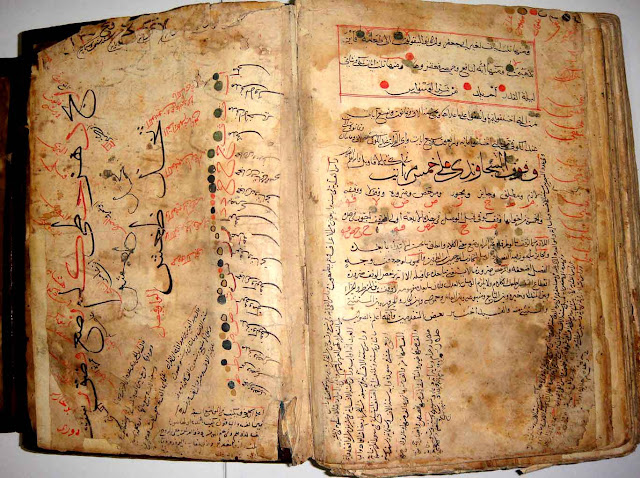 I acquired this Quran from a friend in Istanbul. This Quran was originally from Syria, however the family who owned this Quran migrated to Turkey and brought this Quran along. This is a huge Quran with beautiful handwritten calligraphy. Normally we see in Ottoman Quran that Muhaqqaq script is written for titles & subtitles; Naskh normally is the main script used for the entire text. However in this case, Muhaqqaq is used all through out.
Texts are written within double red-line frame with beautiful ornaments in margin. The first 2 pages are beautifully gold gilded & illuminated. Covers seem original. Very thick manuscript with over 800 follios. 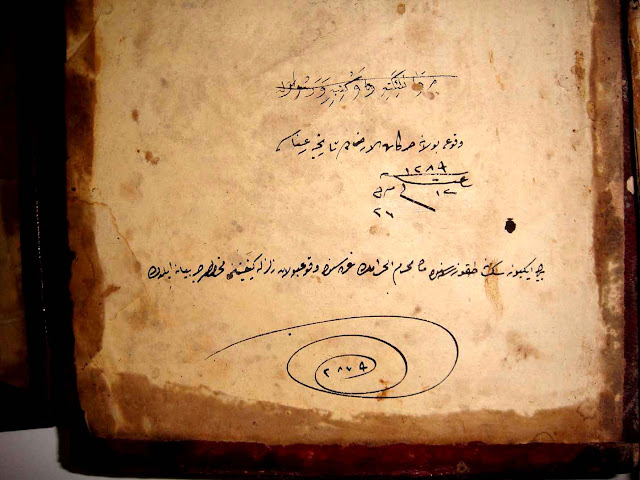 It's undated ( or I couldn't locate the date) but there is a note written on the inner back cover in Turkish language mentioning the earthquake that occurred in 1289 AH ( 1872 CE) when the note was written. This indicated this Quran was written way before the year 1872 CE. Further googling showed that there was a big earthquake occured in 1872 CE somewhere eastern Turkey & Western Syria particularly in Antakiah ( Entioch). I believed this Quran must be located somewhere in Antakiah as the city was under Syria at that time. 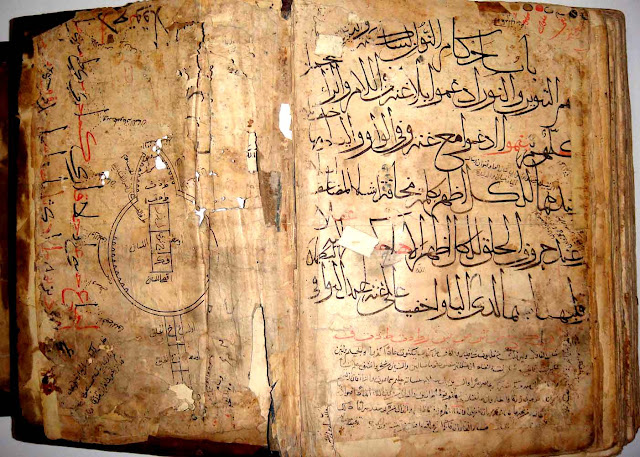 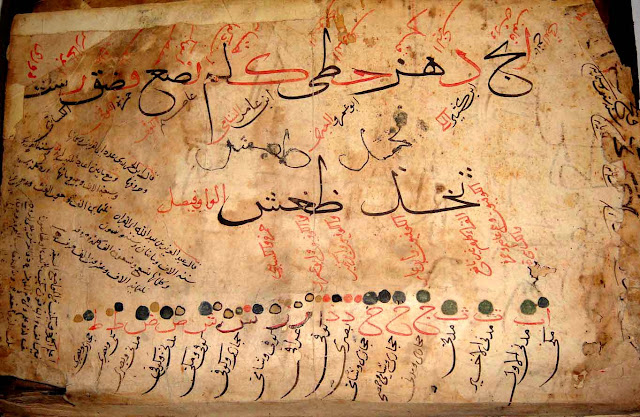 The last few leaves there are notes beautifully written and some illustrations explaining the rule of Tajwid & the Qiraah of Quran.