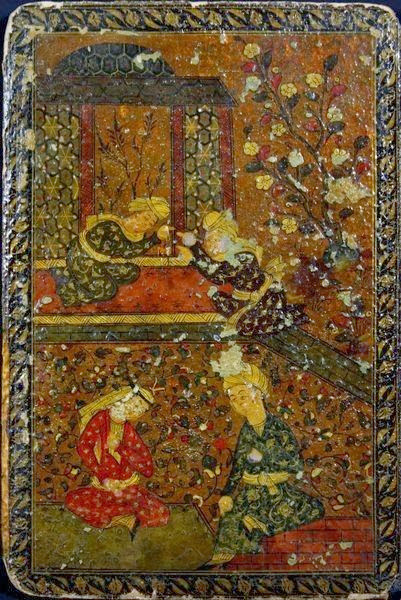 This is a priceless antique Persian lacquer panel decorated with scene in the palace. This is only 1 part of the book cover. The miniature depicting a couple were sitting and probably were chatting whereas there were 2 men in the background were sitting and probably were playing. Apparently they were pointing fingers to each other and I cant be sure what sort of games they were playing. Or probably they were arguing to each other.
The couple probably Yousuf & Zulaikah. The gentleman is wearing green tunic whereas the lady is wearing a red tunic. The 2 men in the background are wearing brown tunic. All of them with yellow headresses.
The trees and even the flowers are intricately and beautifully painted. All of this is enclosed within a fantastic border that is typically Persian in style.
This type of painting was often found on Persian miniatures in the 1600s and 1700s. The detail on the faces, the clothing and the intricate detail on the borders are typical of the earlier miniatures.
On the back side of this book cover there is a flower motives in the middle clearly representating Persian origin.
Dimension : 270mm x 180mm 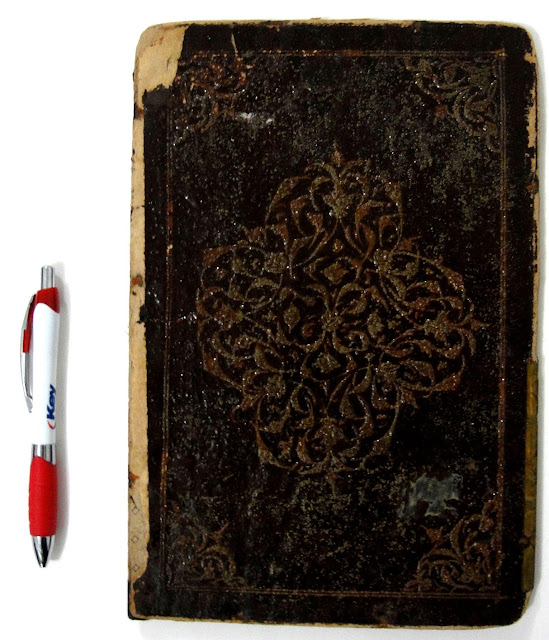