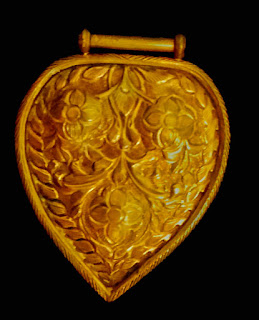 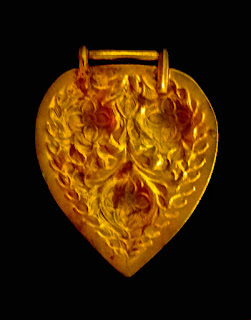 This is a modesty disc or known as Caping or Chaping in Malaysia. It is worn to cover a boy or a girl private part especially a toddler.Its widely used in the past by children in the Northern & Eastern coast of Malaysia. Caping is made either from gold, silver or brass depending on the children family social status. The usage of caping is believed to spiritually guard the child from evil spirits and harmful forces. 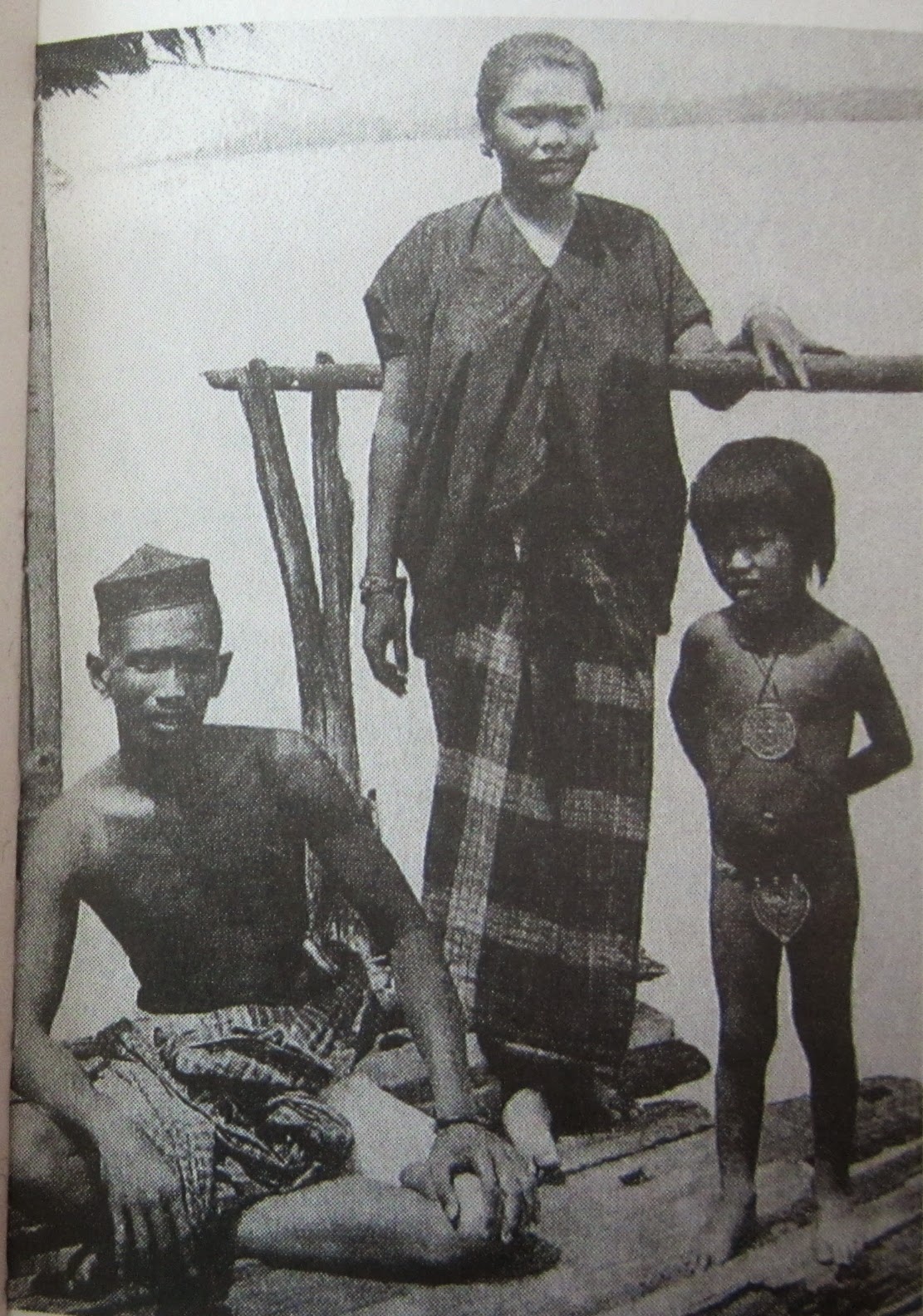 This modesty disc/plate is believed originated from Hindu influence from India. Sri Vijaya & Majapahit are ancient Hindu empires controlling South East Asia from 7th  -14th Century CE.
However there is a record that this pubic cover is also widely used in other part of the world and by a female adult. In South America it is called "Tanga", made of ceramic. The cover used by the aboriginal in Australiamade of pearlshell and is called riji, jakuli or longkalongka.


The caping in my possession is made of brass and believed from 19th century CE.
Measured at 3in x 2 in 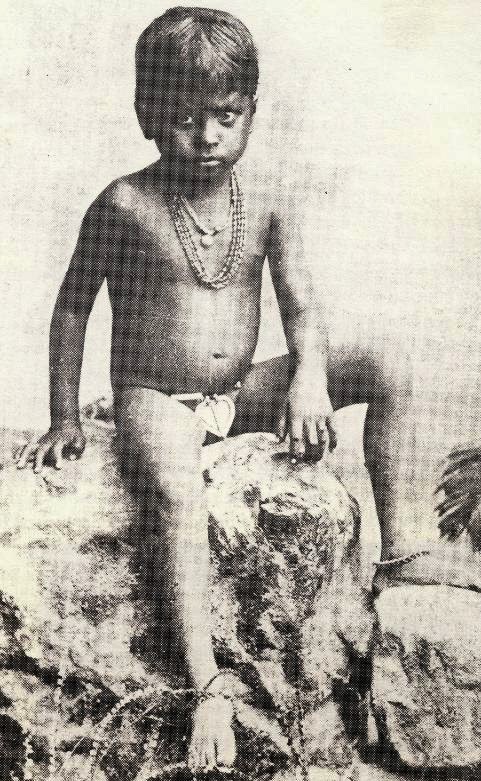 "Capings are heart-shaped plates that were used by Malays as a substitute for clothing and were worn suspended by chains mostly by infants girls and sometimes by small boys. They tended to be made from different materials according to the ranks of the wearers. Gold was reserved for the nobility, silver for dignitaries, and plates made of brass, copper or coconut shell for commoners. Babies tended to wear capings once they could stand, something that was often accompanied by a simple ceremony."
( Ref: Kassim Haji Ali, M., Caping: Modesty Disc, Museum Association of Malaysia, 1983.)