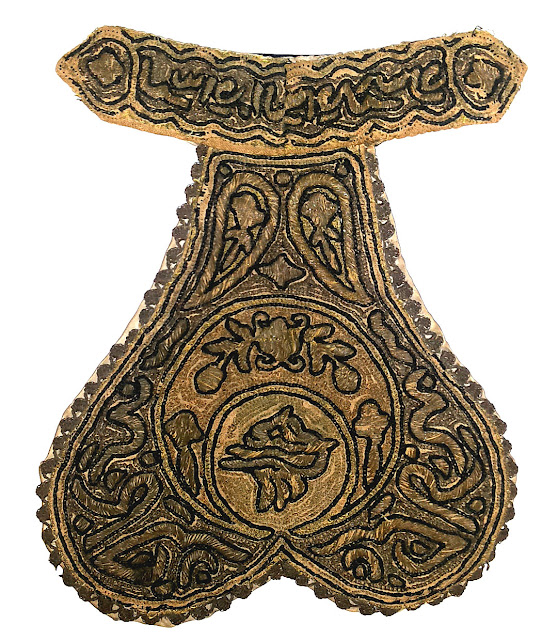 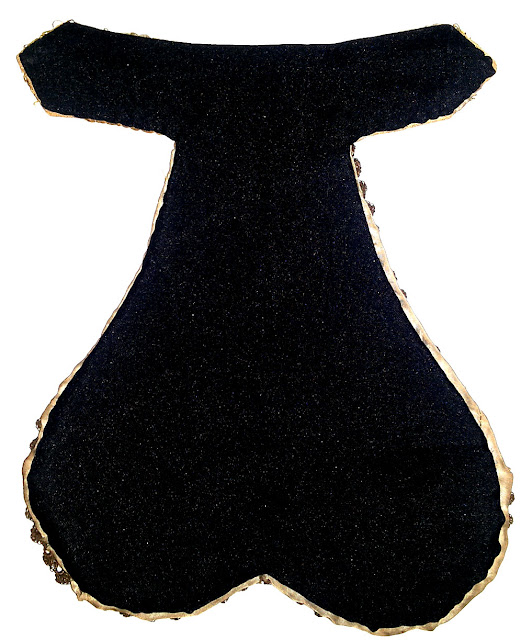 This is an old Ottoman era Kese or pouch beautifully embroidered in gold originally from Edirne. Edirne is used to be the capital city of Ottoman Empire.
The top segment ( the opening) embroidered in Arabic calligraphy as well as on the both bevels at the bottom. There is an indecipherable tughra at the middle of the pouch surrounded by floral motives.
This kese is used to keep tobacco. I believe what I have here is only one part of the kese. The back side should be the same design as the front one and I suspected it was removed and replaced with a black cloth. I could be wrong and welcome any opinions.
Let's us examine the inscriptions on this pouch.
The inscriptions on the neck of the pouch seems to be in reverse. Once I extracted the script in reverse, then it makes more sense.I could figure out some individual Arabic alphabets but not the whole phrase.

As for the second inscription on the side belly of the pouch, 2 phrases but the other one is in reverse. After skewing the script, below is the result. Though I couldn't decipher the phrase, I believe it is written in Ottoman Turkish due to an existence of 1 Arabic alphabet ك  but with a dot above it that should give a sound "g".

Whereas the center of the pouch is embroidered with an indecipherable tughra.It was embroidered upside down. Below is the Tughra image after I flipped it over. Could it be Tughra of Sultan Abdul Hamid II? Below is the official Sultan Tughra for comparison. 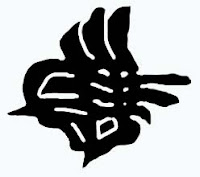 I believe a Thuluth script was used for all the inscriptions due to smooth and round shape of the alphabets.