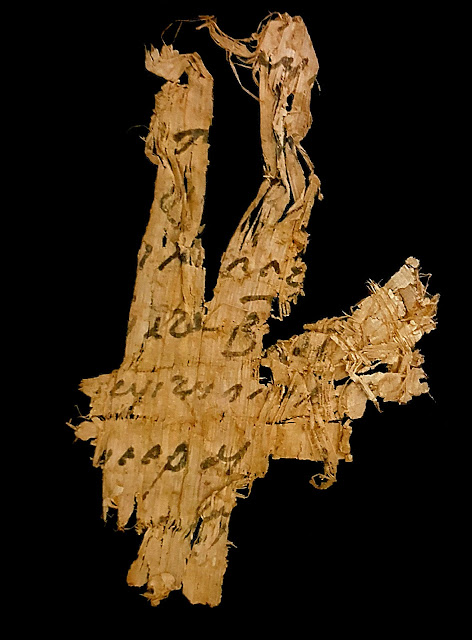 This is a papyrus fragment written in Classical Greek  language in black ink. Origin from Egypt and purchased from Antique Store in USA in 2016. I discovered this fragment among with my other Arabic papyrus fragments. Comparing this fragment with some papyrus from UPENN, they have similar fragments indicating in Classical Greek and topic on Christianity. This is the link, Greek Papyrus. which dating the fragment from 4th-7th Century CE.
I don't have much information of this kind of manuscript and its writing tradition. I need to do more research on this manuscript and will update this entry later. I welcome any feedback on this fragment.