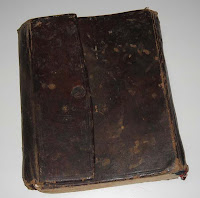 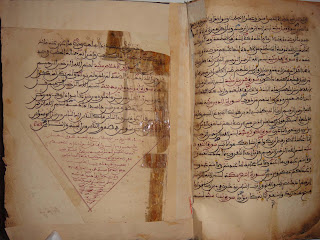 This is an old handwritten Quran originally from Morocco dated 1270 AH which is equivalent to 1853 CE. .It is a complete Quran. It was written in a simple Maghribi calligraphy. This Quran has a colophone on the last leaf mentioning the copyist name of Sayed Bir  Muhammad Anzud. The cover was original and made of leather.