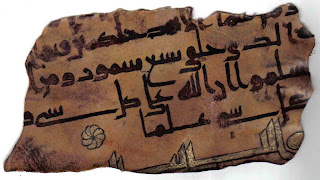 This is a vellum with both sides written Quranic verses in Kufic script. The Basmalla was written in gold whereas the main text in black. Acquired from an acquaintance in Paris. The vellum originally belonged to a Professor of Islamic Art. I couldn't verify the exact date of this vellum however based on the script (Kufic), I would estimate it around 9th -10th century CE. 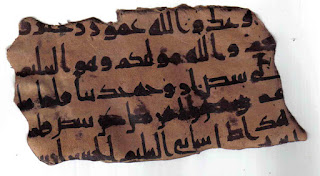