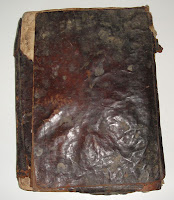 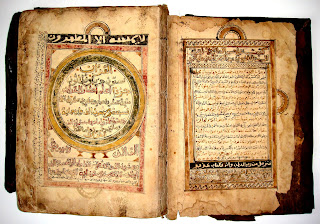 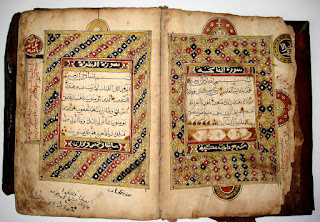 This is truly a beautiful handwritten Quran originated from Etiopia. Its believed to have been written in 18-19th century. This manuscript is written in Naskh type calligraphy in black ink on western paper 15 lines to a page. Brown leather binding with a flap. 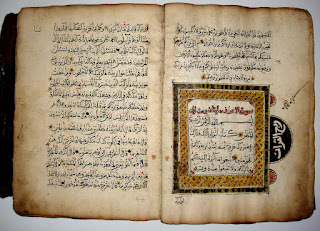 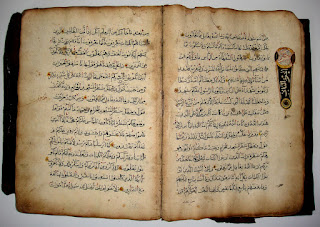 The manuscript which contains the opening Surah Al Fatihah has the first 4 pages beautifully decorated. This is only half of Quran.

No date but it is estimated written in 18-19th century. There are about 22 pages with beautiful ornaments in margins.
This is a very rare acquisition because we dont see many Etiopian Quran in the market or in international hands. I am blessed to have acquired this beautiful manuscript.
Look my other Etiopian Qurans as below links: