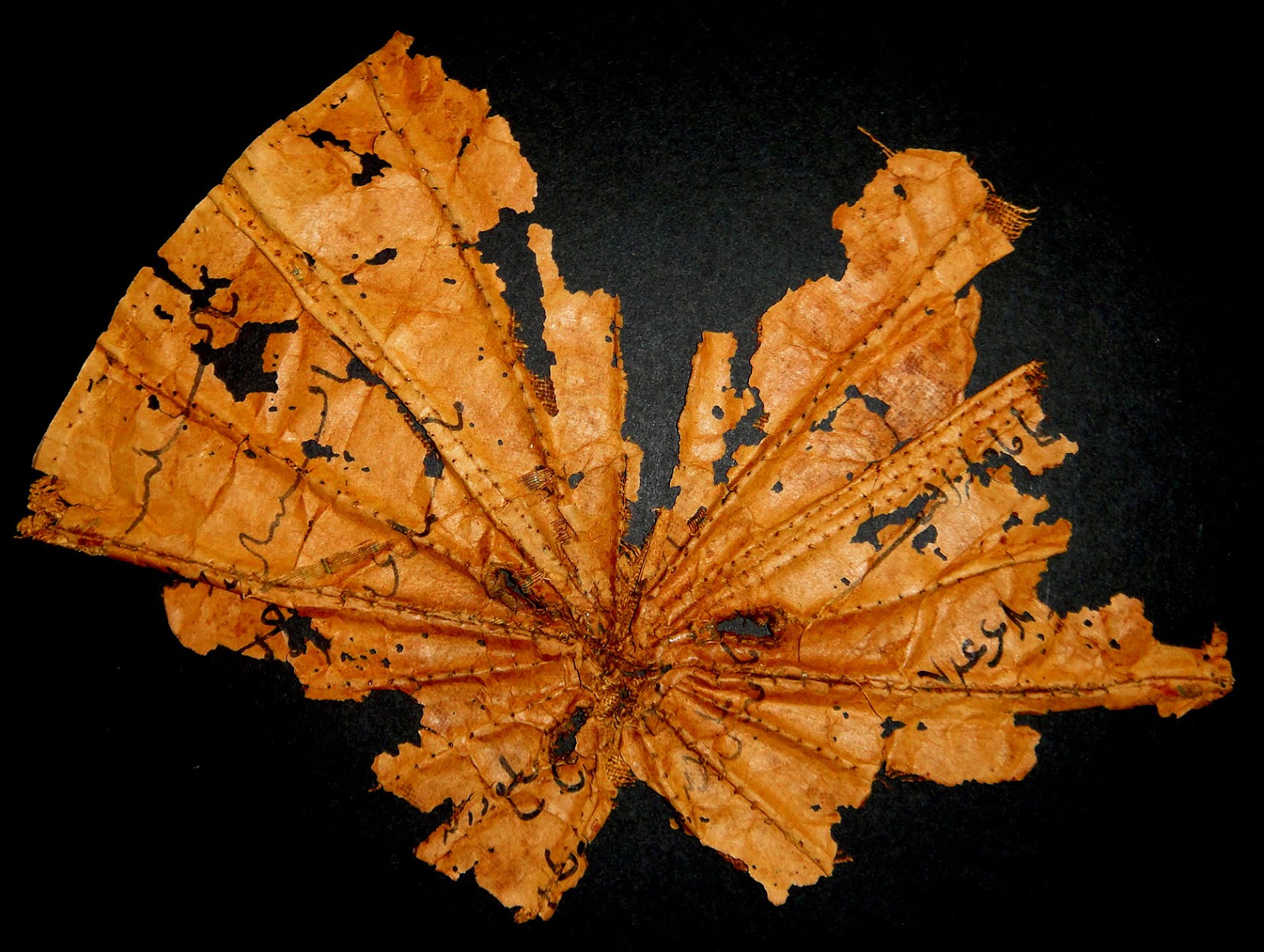 This is another part of manuscript fragment I purchased from an auction in 2013. It is written in Arabic on paper but the backing is from papyrus. It was written in Arabic. I couldn't decipher the meaning but I knew for sure it was written in Arabic. This manuscript could be a sort of prayer or amulet because it has a symmetrical shape which if folded resembles an umbrella. As I mentioned in my entry no 128: Papyrus  I think this is Islamic manuscript because there is a lot of words of Allah, Hussein and Ali which are Shiite in nature. This could be written during the time of Fatimid Shiite Empire ( 909 -1171 CE ) in Egypt.