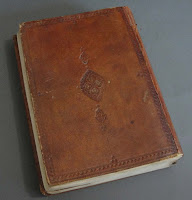 This is an old handwritten Quran from Levant possible Lebanon or Syria. This Quran was written in Naskh script.It was written in 1130 AH ( 1717 CE) AH by Muhammad Hussain