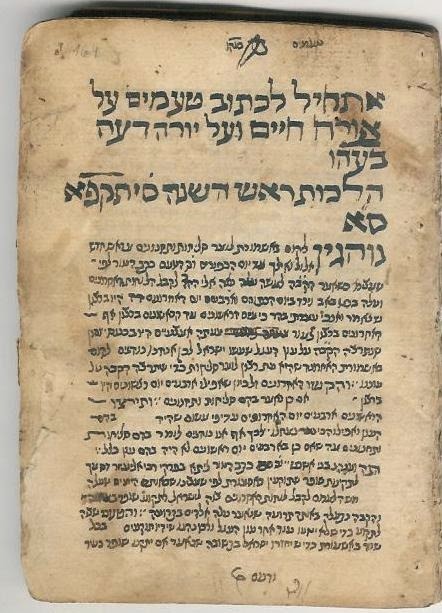 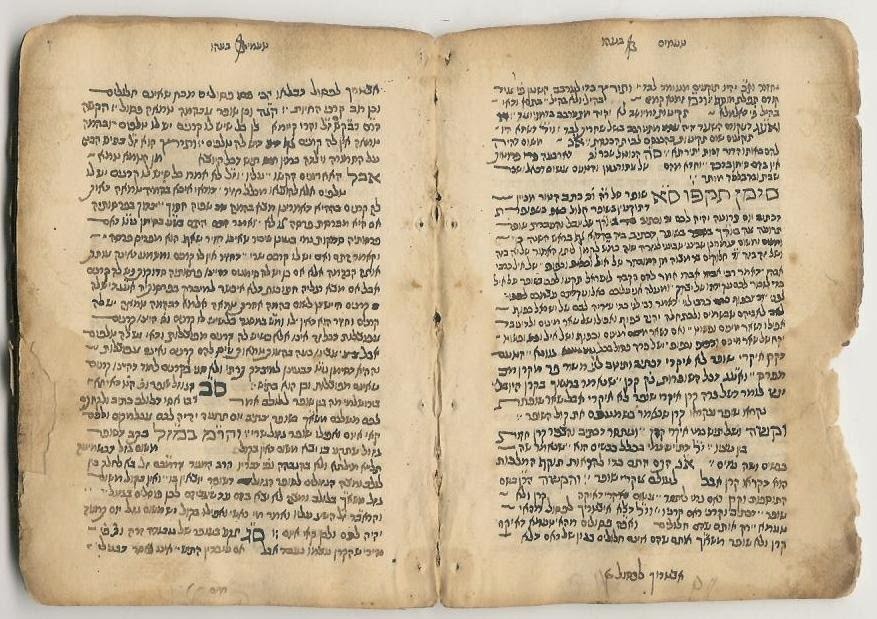 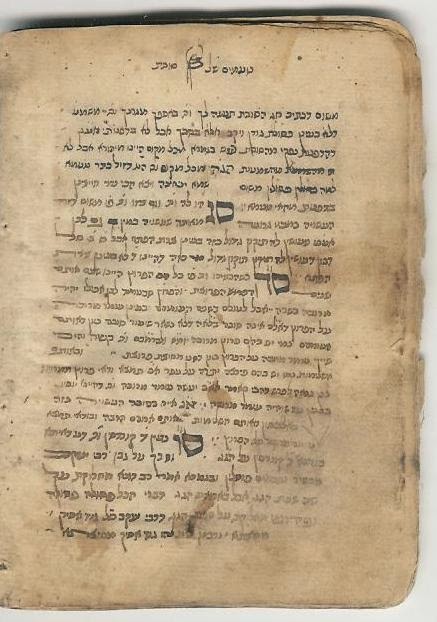 This is a part of Jewish Law ( Hallacha) or Arba'ah Turim written in Hebrew. . Undated but estimated from 18th Century. Two of four laws are covered in this manuscript Orach Chayim & Yoreh De'ah

Below info I got from Wiki:


The four Turim are as follows:


Yoreh De'ah is a section that treats all aspects of Jewish law not pertinent to the Hebrew calendar, finance, torts, marriage, divorce, or sexual conduct.


Orach Chayim (אורח חיים) "manner of life" is a section that treats all aspects of Jewish law primarily pertinent to the Hebrew calendar (be it the daily, weekly, monthly, or annual calendar).
Orach Chayim deals with, but is not limited to:
Jacob ben Asher, also known as Ba'al ha-Turim as well as Rabbi Yaakov ben Raash (Rabbeinu Asher), was probably born in the Holy Roman Empire at Cologne about 1269 and probably died at Toledo, then in the Kingdom of Castile, about 1343.
Jacob was an influential Medieval rabbinic authority. He is often referred to as the Baal ha-Turim' ("Master of the Rows"), after his main work in halakha (Jewish law), the Arba'ah Turim ("Four Rows"). The work was divided into 4 sections, each called a "tur," alluding to the rows of jewels on the High Priest's breastplate. He was the third son of the Rabbi Asher ben Jehiel (known as the "Rosh"), a Rabbi of the Holy Roman Empire who moved to Castile. Besides his father, who was his principal teacher, Jacob quotes very often in the Turim his elder brother Jehiel; once his brother Judah (see Tur Orach Chaim, § 417), and once his uncle Rabbi Chaim (ib. § 49). According to many, Jacob moved to Castile with his father and was not born there.
Some say Jacob succeeded his father as the rabbi of the Jewish community of Toledo (Zacuto), while others say his brother Judah ben Asher did. His brothers were also rabbis of different communities in Iberia. He lived in abject poverty most of his life, and according to The Sephardic Community of Chios, is said to have fallen ill and died with his 10 companions on the island of Chios, in Greece, whilst travelling.