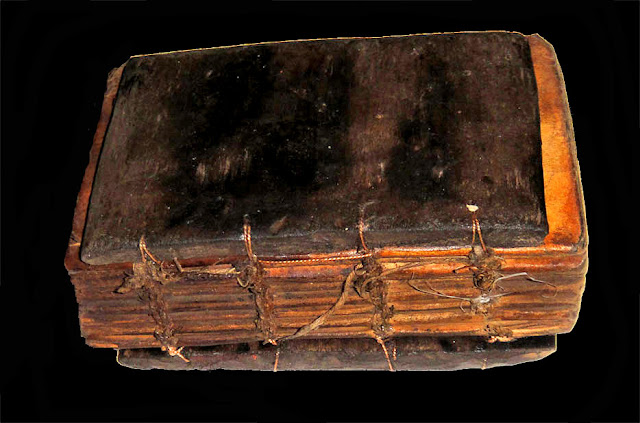 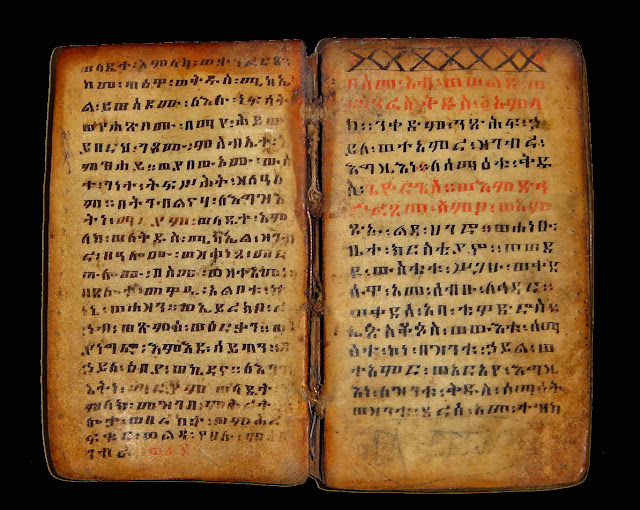 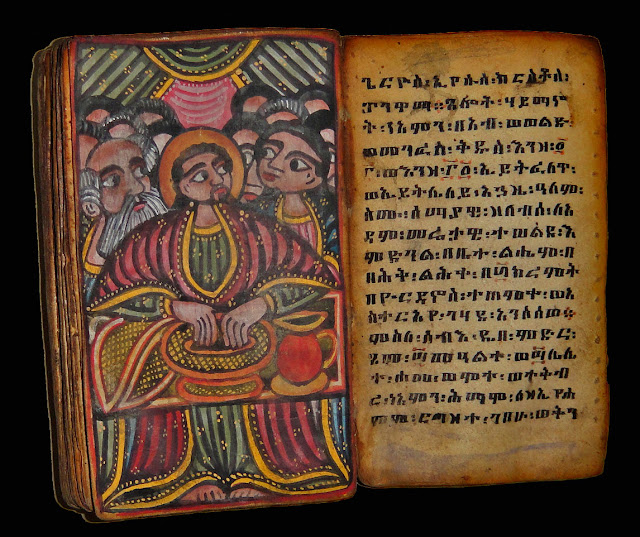 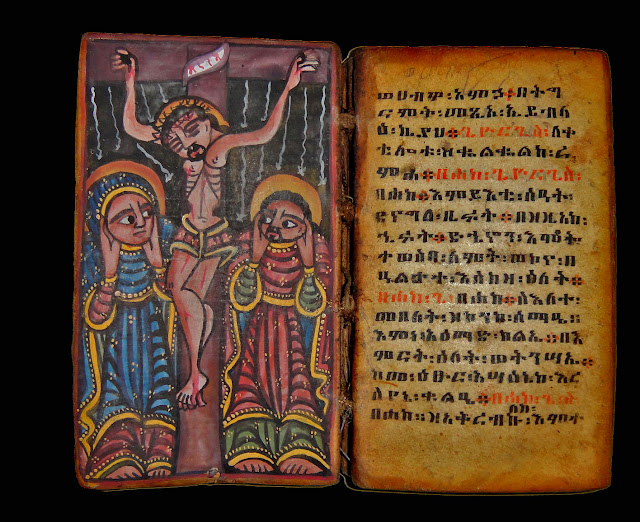 This is what I got from Wiki some infos on the origin of this language.

The Ge'ez language is classified as a South Semitic language. It evolved from an earlier proto-Ethio-Semitic ancestor used to write royal inscriptions of the kingdom of Dʿmt in Epigraphic South Arabian. The Ge'ez language is no longer universally thought of, as previously assumed, to be an offshoot of Sabaean or Old South Arabian,[13] and there is some linguistic (though not written) evidence of Semitic languages being spoken in Eritrea and Ethiopia since approximately 2000 BC.[14] However, the Ge'ez script later replaced Epigraphic South Arabian in the Kingdom of Aksum (Epigraphic South Arabian letters were used for a few inscriptions into the 8th century, though not any South Arabian language since Dʿmt). Early inscriptions in Ge'ez and Ge'ez script have been dated[15] to as early as the 5th century BC, and in a sort of proto-Ge'ez written in ESA since the 9th century BC. Ge'ez literature properly begins with the Christianization of Ethiopia (and the civilization of Axum) in the 4th century, during the reign of Ezana of Axum.[citation needed]

The oldest known example of the old Ge'ez script is found on the Hawulti obelisk in Matara, Eritrea. The oldest surviving Ge'ez manuscript is thought to be the 5th or 6th century Garima Gospels.[16][17]
Almost all texts from this early "Aksumite" period are religious (Christian) in nature, many of them translations from Greek, Syriac, Coptic, and later also Arabic. The translation of the Christian Bible was undertaken by Syrian monks known as the Nine Saints, who had come to Ethiopia in the 5th century fleeing the Byzantine persecution of the Monophysites. The Ethiopic Bible contains 81 Books; 46 of the Old Testament and 35 of the New. A number of these Books are called "deuterocanonical" (or "apocryphal" according to certain Western theologians), such as the Ascension of Isaiah, Jubilees, Enoch, the Paralipomena of Baruch, Noah, Ezra, Nehemiah, Maccabees, Moses and Tobit. The Book of Enoch in particular is notable since its complete text has survived in no other language.
Also to this early period dates Qerlos, a collection of Christological writings beginning with the treatise of Saint Cyril known as Hamanot Rete’et, or De Recta Fide, the theological foundation of the Ethiopic Church. Another work is Ser'ata Paknemis, a translation of the monastic Rules of Pachomius. Non-religious works translated in this period include Physiologus, a work of natural history also very popular in Europe.[18]

After the decline of the Aksumites, a lengthy gap follows; no works have survived that can be dated to the years of the 8th through 12th centuries. Only with the rise of the Solomonic dynasty around 1270 can we find evidence of authors committing their works to writings. Some writers consider the period beginning from the 14th century an actual "Golden Age" of Ge'ez literature—although by this time Ge'ez was no longer a living language. While there is ample evidence that it had been replaced by the Amharic language in the south and by the Tigrigna and Tigre languages in the north, Ge'ez remained in use as the official written language until the 19th century, its status comparable to that of Medieval Latin in Europe.
Important hagiographies from this period include:
Also at this time the Apostolic Constitutions was translated in Ge'ez, which provided another set of instructions and laws for the Ethiopian Church. Another translation from this period is Zena 'Ayhud, a translation (probably from an Arabic translation) of Joseph ben Gurion's "History of the Jews" ("Sefer Josippon") written in Hebrew in the 10th century, which covers the period from the Captivity to the capture of Jerusalem by Titus.
Apart from theological works, the earliest contemporary Royal Chronicles of Ethiopia are date to the reign of Amda Seyon I (1314–44). With the appearance of the "Victory Songs" of Amda Seyon, this period also marks the beginning of Amharic literature.
The 14th century Kebra Nagast or "Glory of the Kings" by the Nebura’ed Yeshaq of Aksum is among the most significant works of Ethiopian literature, combining history, allegory and symbolism in a retelling of the story of the Queen of Sheba (i.e. Saba), King Solomon, and their son Menelik I of Ethiopia. Another work that began to take shape in this period is the Mashafa Aksum or "Book of Axum".[19]

The early 15th century Fekkare Iyasus "The Explication of Jesus" contains a prophecy of a king called Tewodros, which rose to importance in 19th century Ethiopia as Tewodros II chose this throne name.
Literature flourished especially during the reign of Emperor Zara Yaqob. Written by the Emperor himself were Mats'hafe Berhan ("The Book of Light") and Mats'hafe Milad ("The Book of Nativity"). Numerous homilies were written in this period, notably Retu’a Haimanot ("True Orthodoxy") ascribed to John Chrysostom. Also of monumental importance was the appearance of the Ge'ez translation of the Fetha Negest ("Laws of the Kings"), thought to have been around 1450, and ascribed to one Petros Abda Sayd — that was later to function as the supreme Law for Ethiopia, until it was replaced by a modern Constitution in 1931.
By the beginning of the 16th century, the Islamic invasions put an end to the flourishing of Ethiopian literature. A letter of Abba 'Enbaqom (or "Habakkuk") to Imam Ahmad Ibn Ibrahim, entitled Anqasa Amin ("Gate of the Faith"), giving his reasons for abandoning Islam, although probably first written in Arabic and later rewritten in an expanded Ge'ez version around 1532, is considered one of the classics of later Ge'ez literature.[20] During this period, Ethiopian writers begin to address differences between the Ethiopian and the Roman Catholic Church in such works as the Confession of Emperor Gelawdewos, Sawana Nafs ("Refuge of the Soul"), Fekkare Malakot ("Exposition of the Godhead") and Haymanote Abaw ("Faith of the Fathers"). Around the year 1600, a number of works were translated from Arabic into Ge'ez for the first time, including the Chronicle of John of Nikiu and the Universal History of Jirjis ibn al'Amid Abi'l-Wasir (also known as al-Makin).