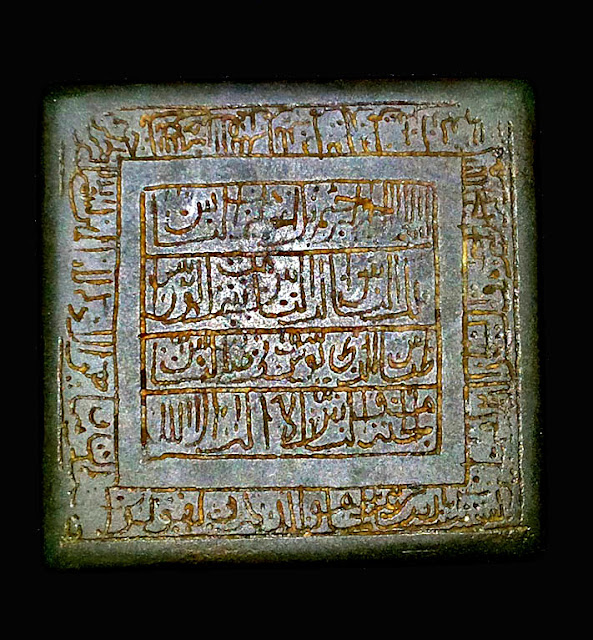 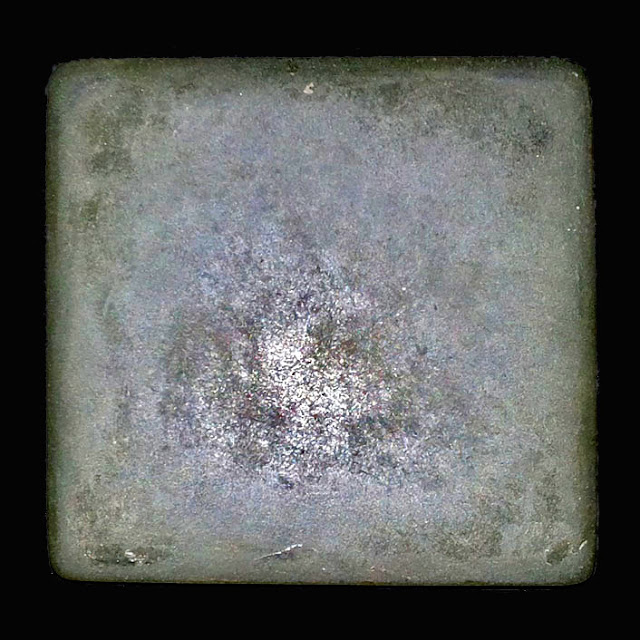 This a large dark green jade with Quranic inscriptions which I believe used as an amulet or a talisman. Written in Thuluth script some chapters from the Quran.
With dimension of 60mmx 60mm, I noticed the entire edge of this piece is weary and has some sort of stain indicating that this jade was originally mounted on possibly metal frame. It could have been hung either as a necklace or on some spots in the building for talismanic purpose. 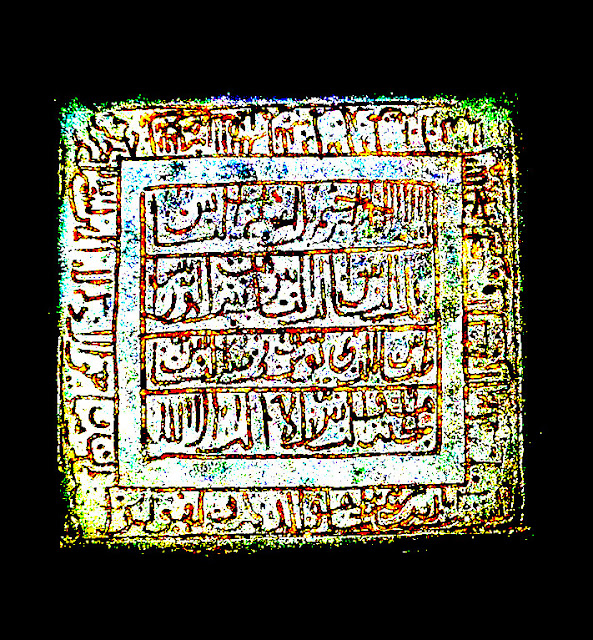 I could clearly read what was inscribed in the middle of the jade as below :

In the Name of Allah, the Most Gracious, the Most Merciful.

There is no one worthy of worship except Allah

This is a very popular and common chapter, Al Nas, from the Quran which is recommended to recite to ward off evil spirit and Demon.
It's narrated in a Hadis :

Imam Ahmad recorded from Uqbah bin `Amir that he said, "While I was leading the Messenger of Allah along one of these paths he said, O `Uqbah! Will you not ride, I was afraid that this might be considered an act of disobedience. So the Messenger of Allah got down and I rode for a while. Then he rode. Then he said, O Uqbah! Should I not teach you two Surahs that are of the best two Surahs that the people recite? I said, `Of course, O Messenger of Allah.' So he taught me to recite Say: "I seek refuge with the Lord of Al-Falaq. (Sura Al-Falaq) and Say: "I seek refuge with the Lord of mankind. (Sura Al-Nas) Then the call was given to begin the prayer and the Messenger of Allah went forward (to lead the people), and he recited them in the prayer. Afterwards he passed by me and said, What do you think, O `Uqayb! "Recite these two Surahs whenever you go to sleep and whenever you get up. [ An-Nasa'i and Abu Dawud both recorded this Hadith. ]

I still need to figure out what are the other Quranic verses inscribed on the rim of the jade. Can anyone help me with this?