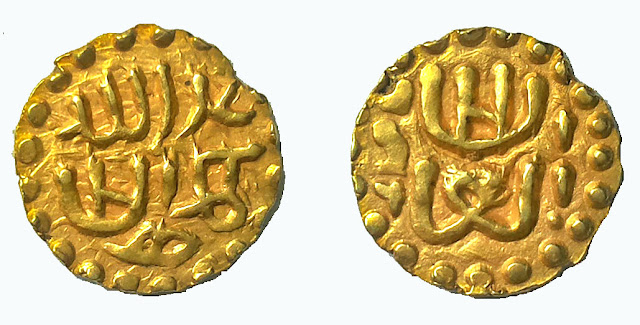 This is a gold coin from Sultan Abdullah era of Samudra Pasai Sultanate. There is an error in the name inscribed on this coin. It was written Addallah instead of Abdullah. Historians has argued that this error is intentional as this coin is quite common.

Looking at the Arabic calligraphy used, its quite tricky as the calligraphy is compressed to fit on the coin face. However it has the resemblance to Thuluth & Sini. Or probably this is how Malay calligraphy was derived. There is an error in the name of عبدالله was written as عدالله  . Some historians thought it was intentionally done as the coin is quite common. Another error is the spelling of ملك was written as مك .
Obverse : عدالله مك الطاهر
Addalah Malik AtTahir
Reverse : السلطان العادل
AsSultan Al Adil 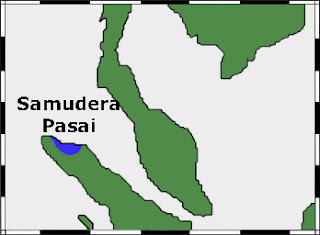