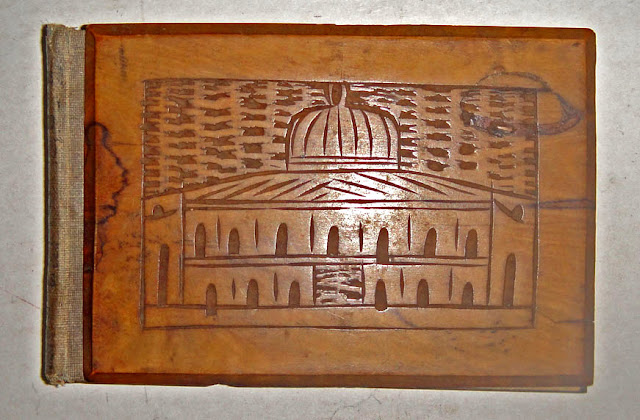 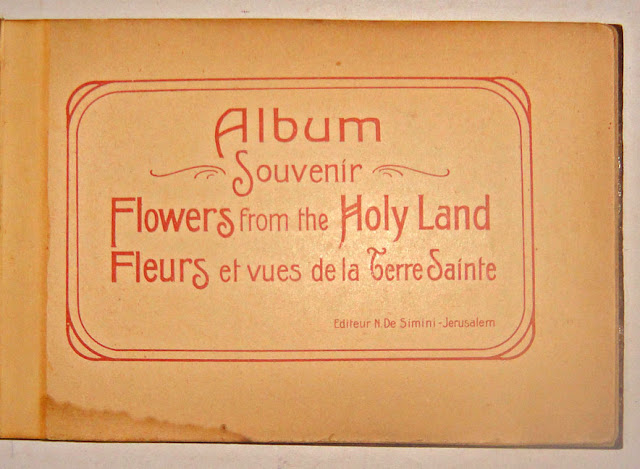 This is a rare antique album of real pressed flowers collected from 12 important places in Jerusalem.
The flowers and leaves are arranged beautifully on captioned card and have been well preserved for more than 100 years.
The album is cloth bound with covers made of thick polished olive wood and spine of cloth.
The album is supposed to be open from the left cover where the image of Dome of the Rock is engraved.
The editor of this album is N. De Simini from Jerusalem
In contrary to my previous flowers album, this album is arranged with printed chromolithographs showing different scenes in Jerusalem. Each lithograph is described with captions in Spanish, Arabic, English, French, German, Russian, and Greek, on the reverse of each plate is a design composed of small parts of pressed flowers. Most of the tissue guards which separated the lithograph and the flower were missing.
Green cloth spine with titling in English and French,
Flowers from the Holy Land
Fleurs et vues de la Terre Sainte

Each plate is captioned in Spanish, Arabic, English, French, German, Russian, and Greek.
The titles of the plates are :
1) Jerusalem from the Mount Olives
2) View of the Mount of Zion
3) Jaffa Gate
4) Pulpit of Omar
5) Valley of Jehosaphat
6) Garden of Gethsemane
7) Mount of Olives
8) Rachel's tomb
9) Christmas day in Bethlehem
10) Jericho General View
11) The River Jordan
12) Tiberias from the lake

Album measures 3 1/2 x 5  inches and is in excellent condition with only light surface wear .
The last plate doesn't come with pressed flowers. I am not sure if it was intentional or the pressed floweres were missing.
Check my other flowers album below :
Flowers Album Jerusalem 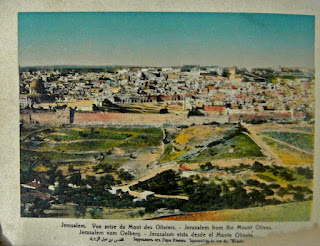 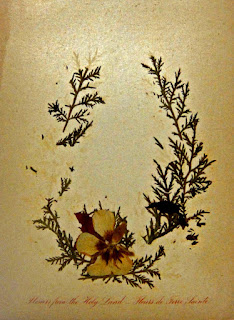 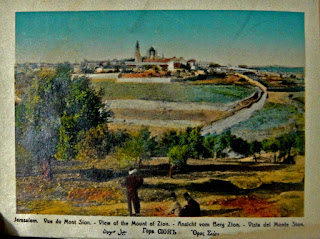 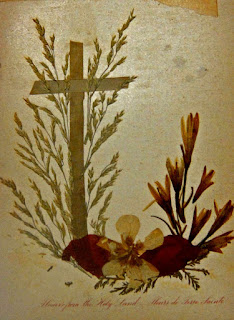 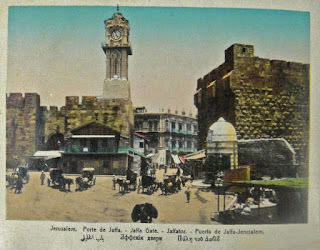 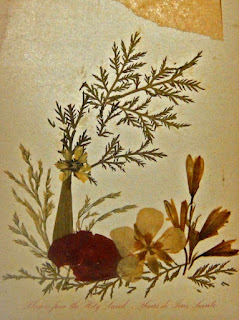 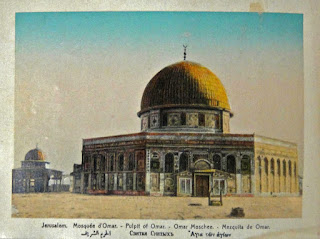 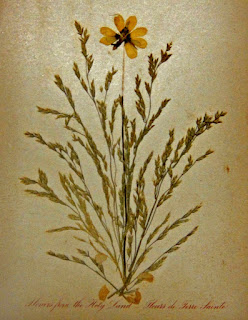 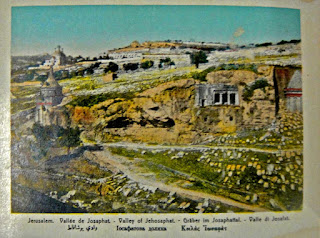 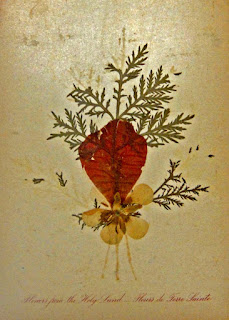 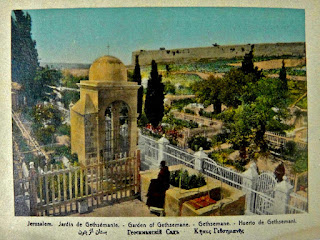 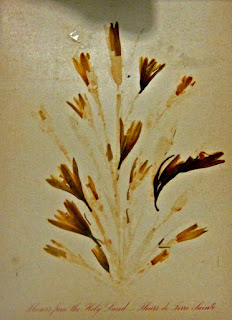 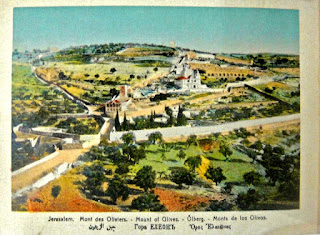 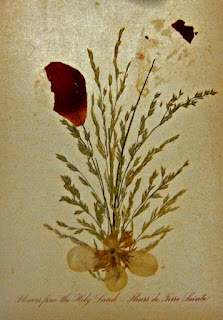 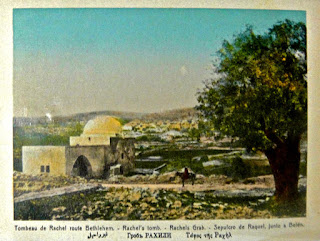 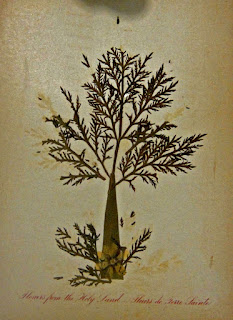 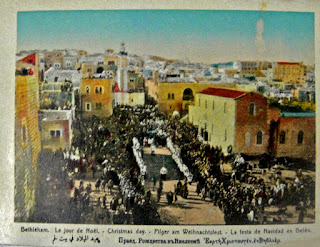 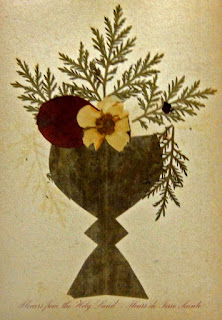 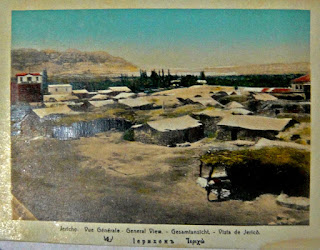 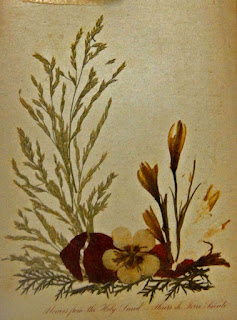 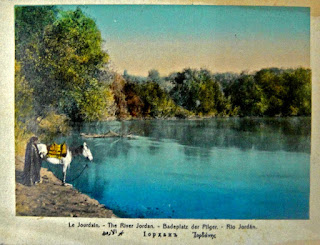 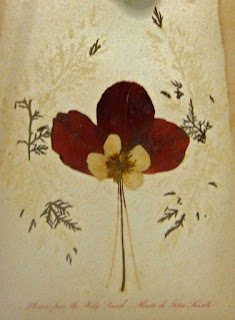 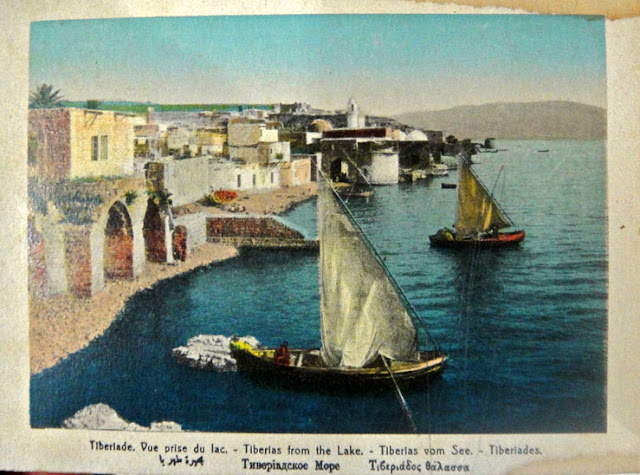