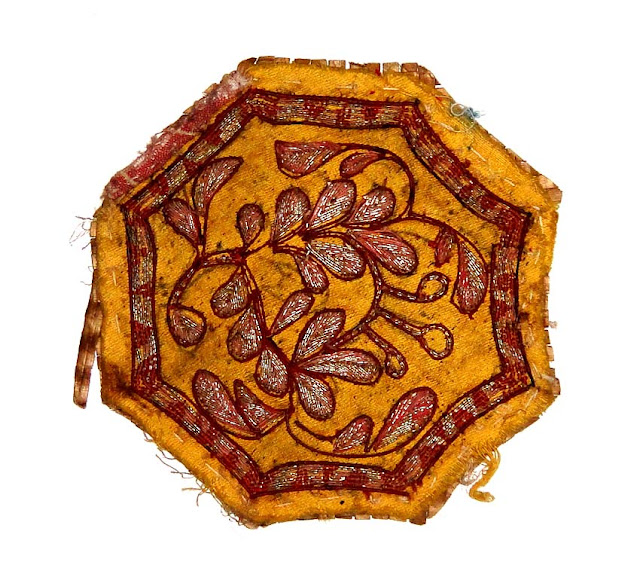 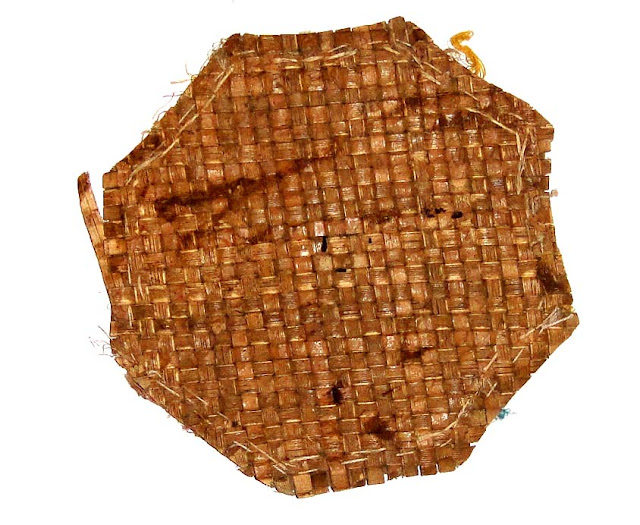 This is a product of  Malay artwork called tekat. It is a gold & silver thread embroidery practiced by the Malay from Malaysia.
Tekat originally was a court art and gained popularity by the 15th Century. It was thought that this art originated from Ottoman Empire and brought into the royal court of the Malay Kingdom by the traders.
Compare with the Ottoman thread embroidery below :
Ottoman Embroidery Art

In this sample, the silver thread with red thread were stitched in a floral pattern over a piece of of a yellow velvet fabric. Motifs of foliage and floral were used as Islam prohibits using animal motifs. The bottom of this coaster was backed up with woven "mengkuang leaves" ( screw palm). Mengkuang is a large shrub of the genus, Pandanus which is found in the coastal regions of Southeast This sample is estimated from early 20th Century CE.