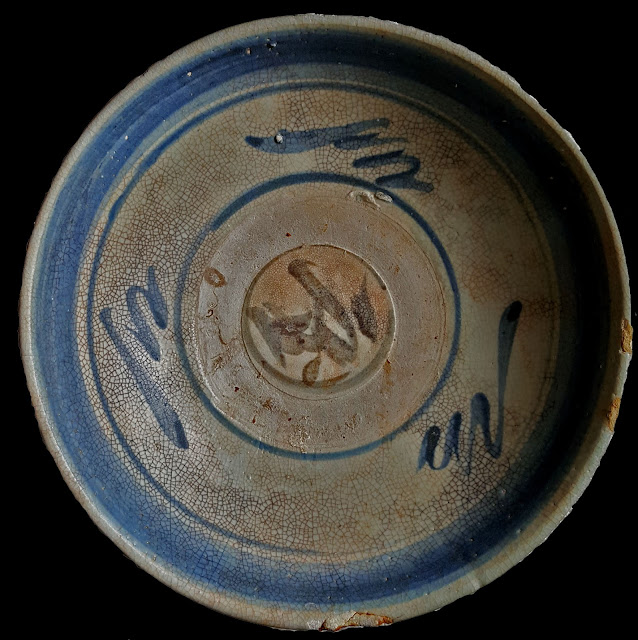 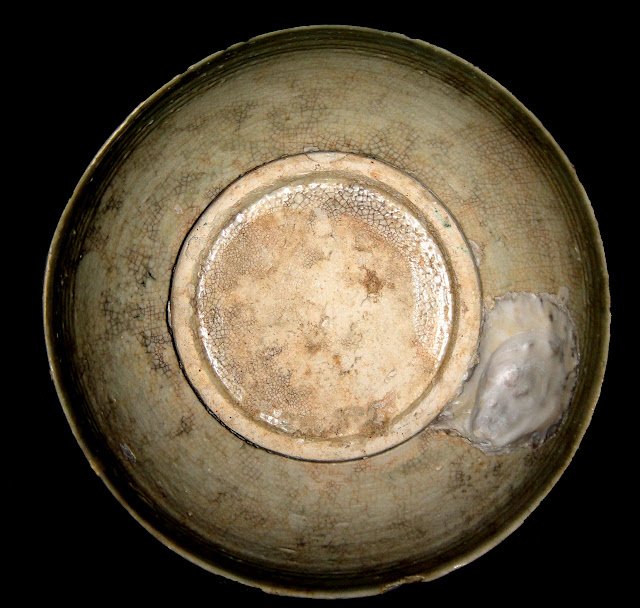 This is a museum piece of shipwrecked plate retrieved from the Strait of Malacca ( off coast Malaysia). Typical Swatow wares are coarsely potted with crackled glaze. Swatow word is believed a Dutch mistranslations of word Shantou which is a place in Guandong province of China.
However recent findings by Chinese scholars led to believe that Swatow wares were produced in Zhangzhou China where was very famous in making and exporting wares to Europe, Japan & South East Asia between 16-17th century.
The unique thing about this plate is the motif executed in calligraphic stroke to resemble the word "ALLAH" in Arabic. This motif is believed intentionally designed for export to Malacca and other Malay Islamic kingdoms in south east asia.
The plate is 10" in diameter and 3" height.
Posted by abu dervish at 5:06 PM