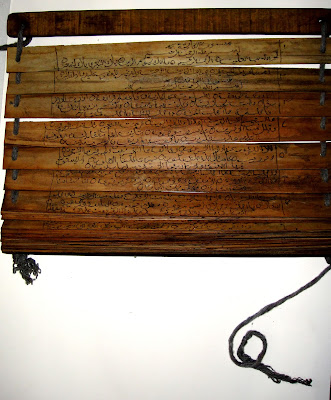 This is a very interesting Quran manuscript from Indonesia. These Quranic verses were written on Lontar i.e a leaf derives from the palmyra species of palm, Borassus flabellifer, which is common in Indonesia. An iron stylus called a pangutik is used to inscribe the writings on the leaf surface.
The inscription of Quranic on Lontar is rare because by tradition only kawi script was written.
There are about 7 Quranic chapters in this manuscript. Total 35 palm leaves and binded by thick thread and stored in a mahogany box. 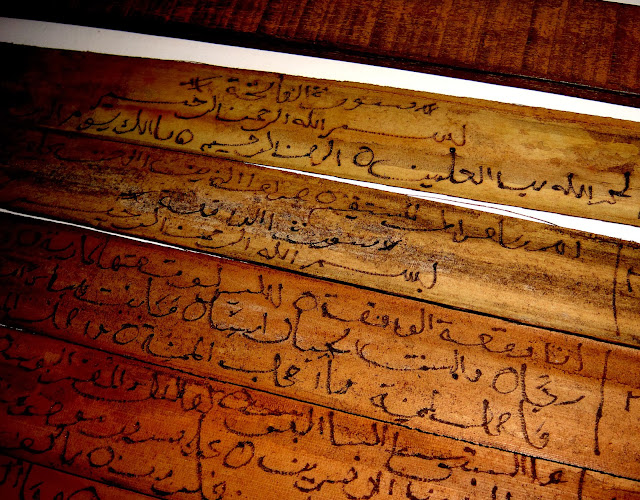