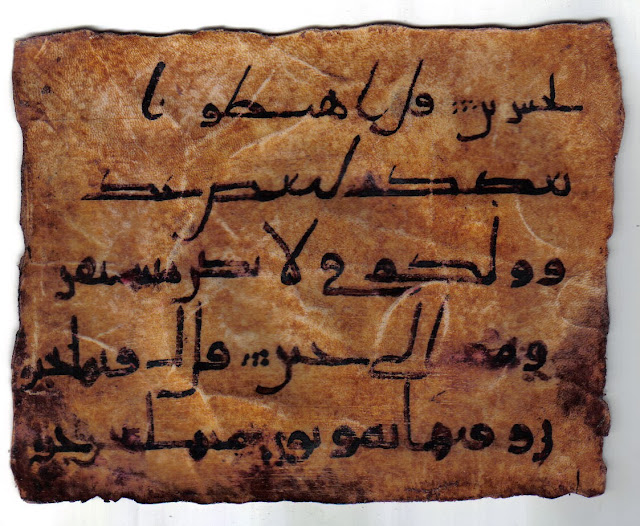 This is Quranic verses written in Hijazi script on a brownish vellum. Acquired from an acquaintance in Paris. The vellum originally belonged to a Professor of Islamic Art. I couldn't verify the exact date of this vellum however based on the script ( Hijazi), I would estimate it around 8th -9th century CE.
This leaf contains Surah Al Araaf ( chapter 7) from verse 22 till verse 25. 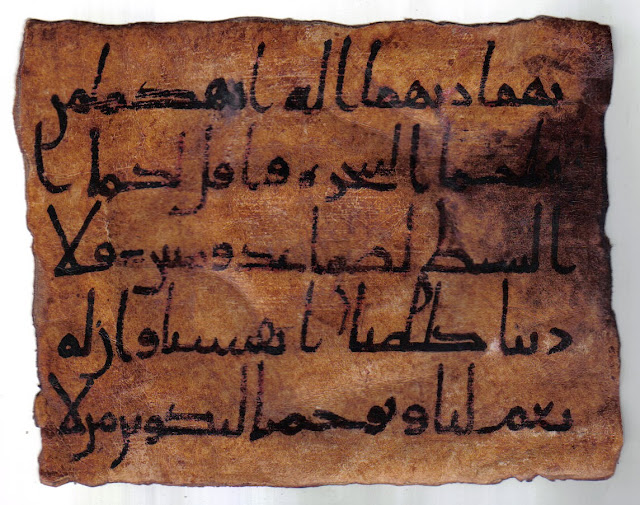