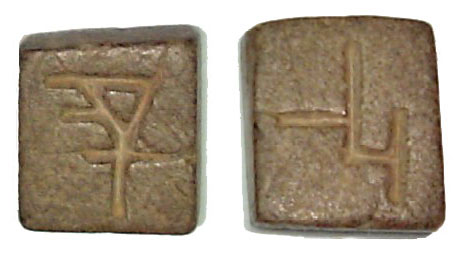 This is an interesting finding.  It is a clay object which I found and bought along with my Indian punch-marked coins. This clay object could be a coin or could be a seal. However based on the Indradhvaja symbol, it seems in the reversed hence hinting this is a seal. 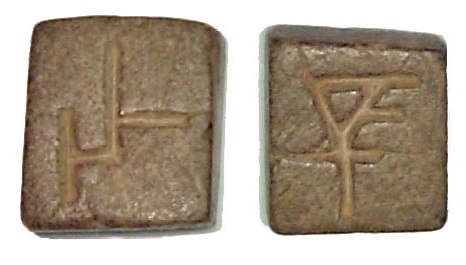 Below is the symbols listed by Theobald in his 1901 monograph. These symbols are noted mostly from punch-marked coinage in India datable to 10th century BCE

The symbol in the Reverse is called Indradhvaja or Indra's Flagstaff which is an image of a very large tree trunk or pole as explained by Rosalind Lefeber Valmiki in her book The Ramayana of Valmiki.
However I still couldn't find out the character on the obverse.
From my research, I found this character is similar to Kharosti script ( 3rd century BCE) below. It is resemblance to character JHA but with added stroke. Anyone has any idea? 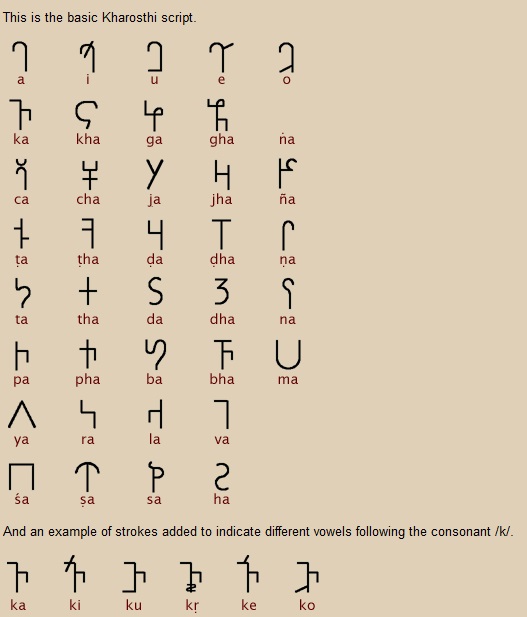