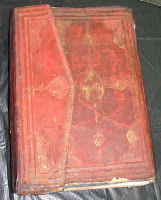 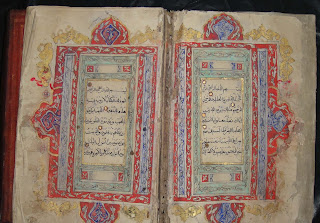 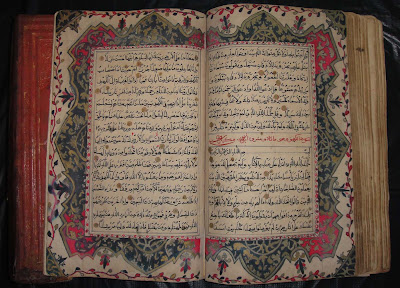 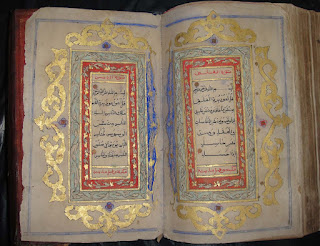 This is a handwritten Quran manuscript originated from South East Asia. The frontispieces, centrepieces & finishpieces design are typical of Javanese. The cover is made of thin brownish leather and is glued on a hard board. This is a complete Quran without any missing page. The illuminations were poorly executed and probably a later addition. I acquired this manuscript from a friend in Indonesia last year.