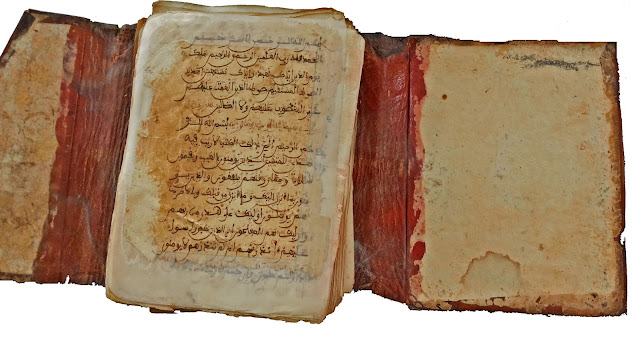 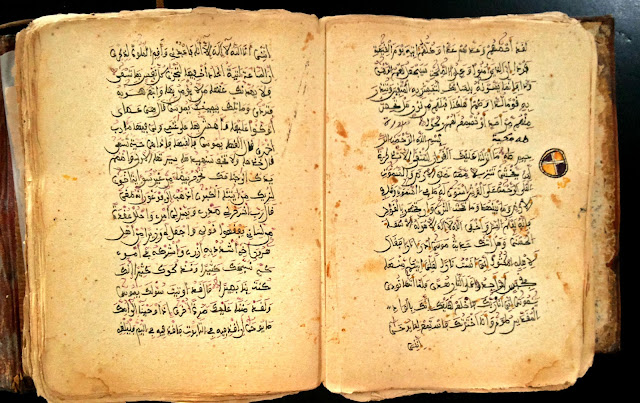 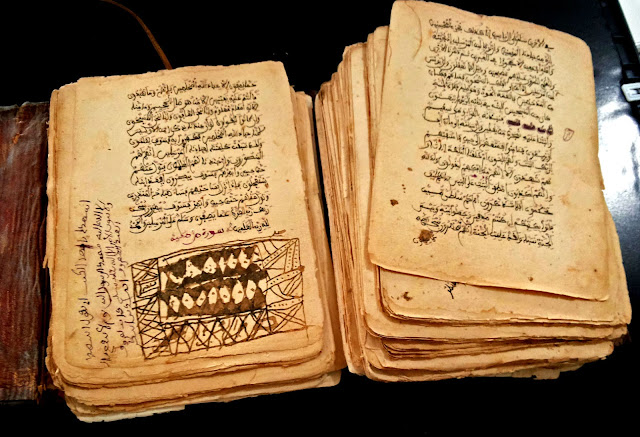 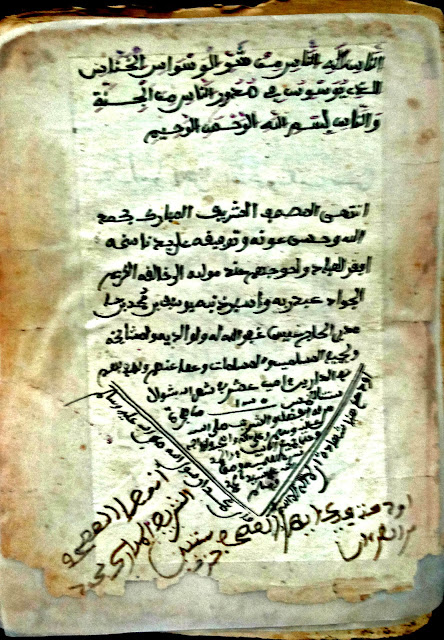 Scroll down to see the full spec.
The thing that make this Quran interesting is its unique calligraphy typical African & one of the oldest Qurans in my possession ( about 500 years old). Its dimension is 230x170mm. This Quran is nicely written with some African motive decorating some of the pages. Its written in sepia sudani script on unbound leaves.
Interesting to note that there is some pages with strange symbol as below. Is this a Talisman? I have seen similar symbols on my other Quran from Yemen and Somalia. 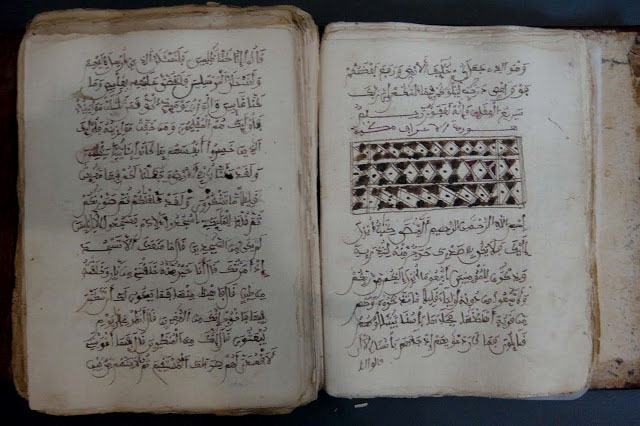