This is a small prayer book written in Arabic and Malay. No title but the content consists of some Quranic verses, teachings on Islamic practices and prayers. Undated but probably late 18th century to early 19th century. Origin from Malaysia or Indonesia. However from the book IlluminationsThe writing Traditions of Indonesia, the first page illumination is very much similar to manuscript written from Aceh ( page 87 - 91). 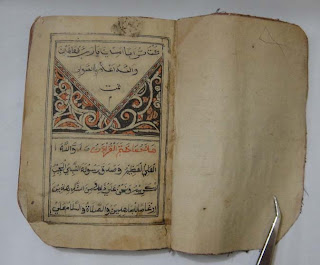 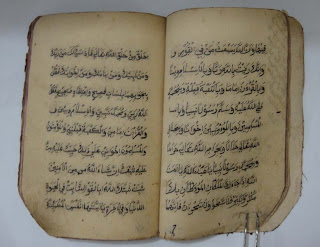