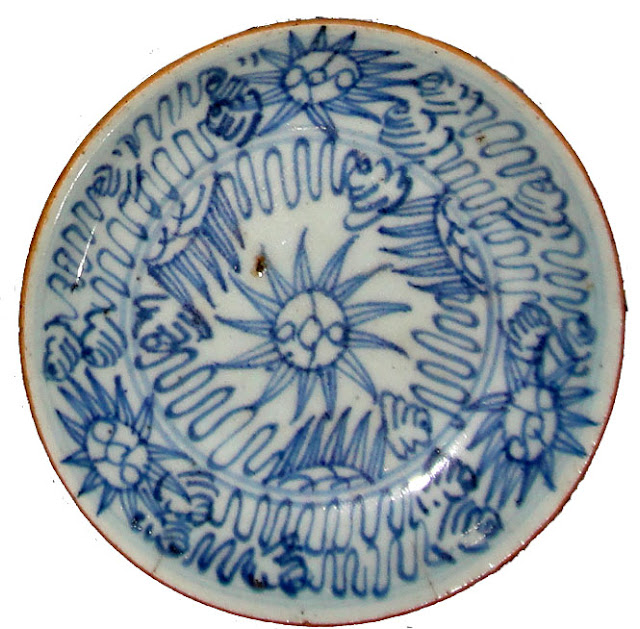 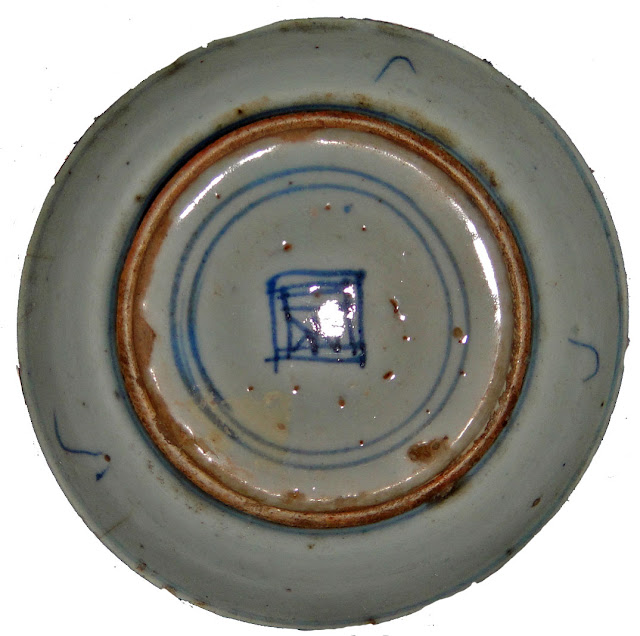 This is a museum piece of a small plate from Qing Dynasty. Blue and white plate produced in China and exported to South East Asia.
The plate is decorated with floral and foliage in blue surrounded by squiggles that strongly resemble Arabic writing. In the centre is a full round chrysanthemum with 3 half ones around the it. Whereas 3 full chrysanthemum alternating in between Arabic-calligraphy-looking squiggles on the outer rim. This motif is believed intentionally designed for export to Malacca and other Malay Islamic kingdoms in south east asia in 17th-18th Century.
Some of the Arabic squiggles are so obvious the rendition of the word الله 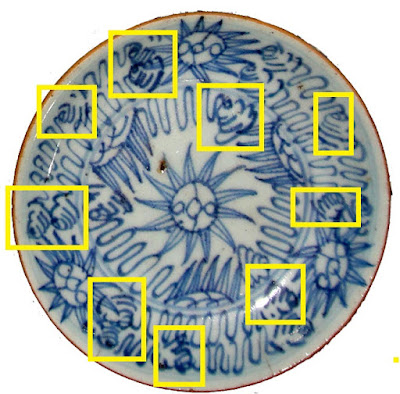 According to Crescent Moon Book, page 236, the practice of decorating blue and white porcelain with Islamic inscriptions started from the reign of Emperor Zhengde ( 1506-21) who was sympathetic to Islam ( or could have been a Muslim himself). Over the time, the quality of calligraphy almost illegible suggesting the artists' lack of Arabic calligraphy knowledge. By 19th Century, this calligraphy decoration in late provincial Min Yao ware ( Kitchen Qing) degraded into squibbles.

The plate is 100mm diameter.


Check below my other plate
Blue & White Plate
Swatow Plate

In Wikipedia. Blue and White Porcelain is described :

"Blue and white wares" (Chinese: 青花; pinyin: qīng-huā; literally: "Blue flowers") designate white pottery and porcelain decorated under the glaze with a blue pigment, generally cobalt oxide. The decoration is commonly applied by hand, by stencilling or by transfer-printing, though other methods of application have also been used.